For quite some time now, it has been an open secret that Microsoft’s recently renamed first-party dev, The Coalition has been working on a new Gears of War game for the eighth generation Xbox One console. Today, at Microsoft’s E3 press conference, the developer took the covers off Gears of War 4, the latest addition to Xbox-exclusive bestselling science fiction video game franchise. Taking advantage of the latest hardware, the game will offer the best Gears of War experience to players when it comes out next year during Holiday season. 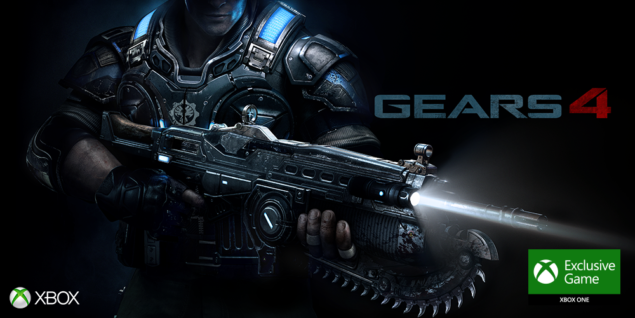 It's been a year and a half since Microsoft bought the Gears of War franchise from Epic Games and handed the reins over to developer Black Tusk Studios, now known as The Coalition. Today at its E3 2015 press conference, the platform holder just gave us a first look at the latest Xbox One-exclusive Gears of War title. It has been announced that Gears 4 (as it was referred to onstage) will be up for grabs next year during Holiday season. The few minutes of impressive gameplay footage that we were treated with can be check out below.

The gameplay demo showcased two characters -- a woman, and a man whose perspective the demo was shown from -- moving from an outdoor environment where a heavy storm is destroying gigantic structures to an indoor area with dark lighting. With limited visibility, the characters start to fight a number of monsters that don't look anything much like those seen in the past games. During the combat, we get to see the Gnasher Shotgun, Lancer, and the chainsaw all used.

While Gears of War 4 looked much better than previous titles in the series in its first gameplay demo, there was nothing much new on display; the core gameplay is similar to what players are used to with previous Gears of War games. It is quite disappointing to see Microsoft not including new elements in the gameplay trailer of Gears of War 4, but there is nothing to worry about; we are still roughly a year and a half away from launch of the game, which means there will be a lot more content for show before players will be able to actually get their hands on the game. Without further ado, below you can check out the gameplay demo and screenshots of Gears of War 4 from today's Microsoft even.