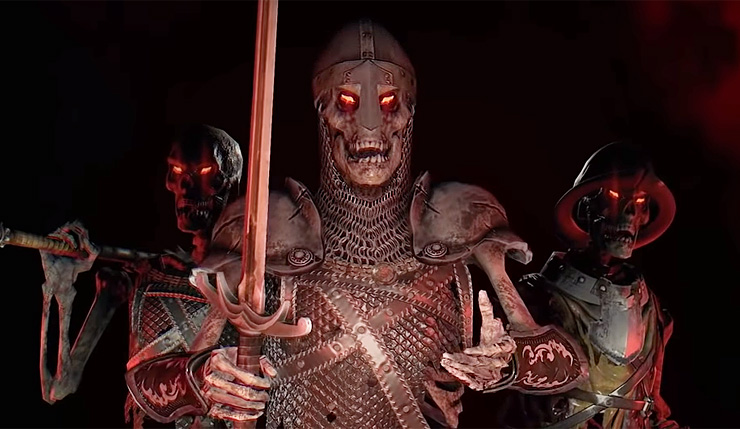 Hellraid actually has a rather long and convoluted history. It was originally conceived as a spin-off of Techland’s Dead Island back in the early 2000s, but was ultimately put on hold when the studio began developing Dying Light in 2015. Will a full version of Hellraid ever arrive? Hard to say, but for now, we can enjoy a taste of the concept via this DLC. Here’s a brief official description of Dying Light: Hellraid…

Dying Light, Techland’s open-world action adventure game, is getting a all-new DLC this Summer. Dying Light: Hellraid is based on Techland’s currently-on-hold first-person dark fantasy slasher. The gameplay released today shows the descent into Hell where the players will be able to find a variety of all-new weapons and slay new enemies. Dying Light: Hellraid DLC adds another game mode with a progression system, and can be played in both single and co-op.

I’d love to see more gameplay, but sounds fun enough – I’m always up for smashing a few skeletons. Interested in trying out Hellraid? Those who pre-order the DLC on Steam will have access to a beta...this weekend! The beta will run from today (June 26) until June 29.

Dying Light is available now on PC, Xbox One, and PS4 and the Hellraid DLC will be available on all platforms on July 23. The new content will set you back $10. Techland is currently developing Dying Light 2, which is without a release window at the moment following the game’s most recent delay.