Earlier this year unveiled the PS5’s new DualSense controller, and it certainly looks stylish, but how will it actually feel in the hand? How large will it be? The official screenshots provided show the controller floating in a white void, so we don’t have much context. The PlayStation 5 hardware looked pretty sleek at first until we found out it’s actually one of the largest consoles ever.

Well, a new image of a DualSense controller actually being held in a person’s hand seemingly leaked on the ResetEra forums, and, well…the controller looks pretty hefty. 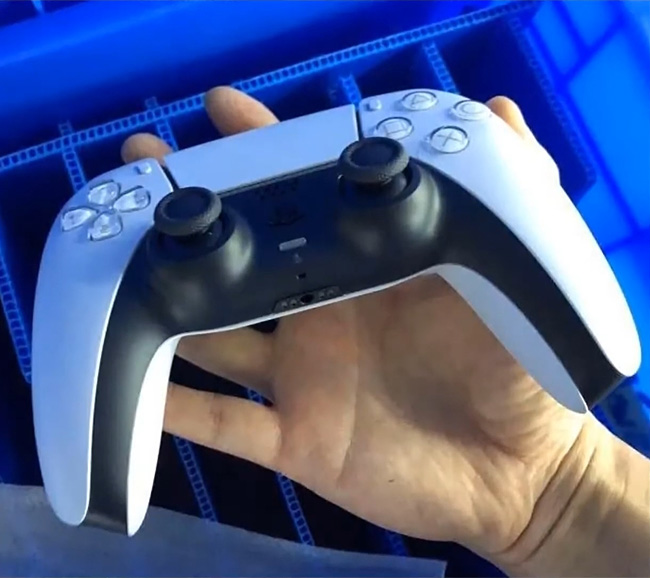 The image seems pretty legit – the lighting on the thumb/right side of the controller would be pretty hard to fake, and the controller is tilted at an angle we’ve never seen before. There is a faint possibility that somebody 3D printed a fake DualSense controller, but that would be a lot of work to go to for something like this, and I’m not noticing anything that looks obviously off here. Take this with whatever amount of salt you deem necessary, but this looks like the real deal to me.

So yeah, if this image is real, the DualSense definitely looks larger than the DualShock 4. Maybe it’s a trick of perspective, but that looks like a fairly sizeable man’s hand in the picture, and his fingers don’t spread wider than the controller. Is this the first your hearing about the DualSense? Sony’s new controller will feature haptic feedback and a host of other new features…

What do you think? Would you be happy if the DualSense was a bit chunky? Or do you prefer a more compact controller?