Now that Sony's next big game Driveclub has been re-announced and the final release date has been confirmed, the publisher is serving out more dishes of information, trailers and screenshots from the game. We earlier shared a number of Driveclub screenshots in 8K (8000 x 4500) resolution that were sent by Sony Computer Entertainment in a press release, here are some more 8K screenshots for you to feast your eyes. 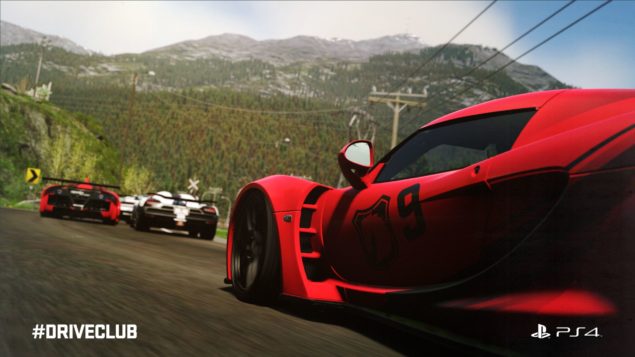 Finally after delay and all that muteness, Evolution Studios recently re-revealed its upcoming highly anticipated PlayStation 4 exclusive racing video game title. The new trailers and screenshots that the developer provided on re-reveal of the title show that the game has drastically improved compared to the trailers that were released before the game was delayed.

To keep gamers' minds fresh about the game, Evolution Studios promised to release new Driveclub screenshots, trailers and details on regular basis. Fulfilling its promise, the developer released some high definition screenshots of the game in enormous 8K (8000 x 4500) resolution. The screenshots work as nothing less than vision therapy for gamers.

Evolution Studios decided to keep the media rolling and so, Sony Computer Entertainment Europe has sent out another batch of Driveclub screenshots in the same mighty 8K resolution. Along with some previously shown cars, this batch of screenshots feature new rides and in-game locations and tracks. All in all, the new screenshots are as glorious as the previous ones.

The developer of the game also promised to reveal a new highly quality trailer of the game showing the improvements and enhancements that the game now possess after a round of polishing, but no such trailer has been revealed publicly yet. However, the developer did provide a trailer to the press, and if you were to watch it on YouTube, you would not completely lose yourself in it due to usual artifacts and compressions. So for your pleasure, a new high quality trailer, in its original quality and resolution, can be downloaded from here. This trailer looks a lot better and has a bitrate of over 11,000 kbps.

Below you can view the new Driveclub screenshots in same 8K (8000 x 4500) resolution. These screenshots weigh 15 megabytes each, similar to the previous one so they will take some time to load if you are on bandwidth budget. Open them up in new tabs and let them load, then treat your eyes with some finest graphics.