Driveclub is a racing video game developed by Evolution Studios only for Sony's latest video game console. The game offers real racing experience to the players, somewhat similar to Gran Turismo, but it is not considered as a racing simulator. The developer has recently revealed the release date for the game along with a new trailer and some 8K screenshots. 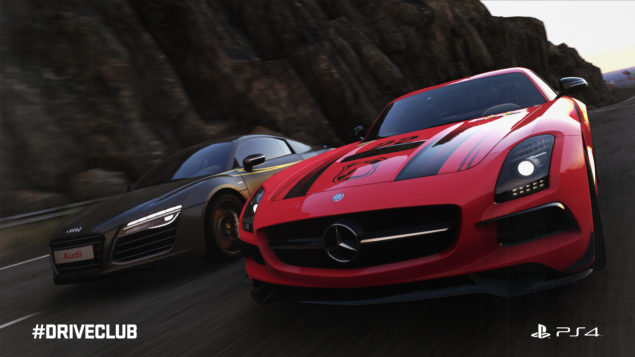 Sony's most anticipated next-gen PlayStation 4 exclusive racing video game has finally been given a release date. The British video game developer has decided to roll out Driveclub later this year. Driveclub is due to release on October 8, 2014. The release date of the game was revealed through an official post on PlayStation blog. A brand new trailer was also included in the post.

"Hi all," reads the post on PlayStation Blog. "It’s a big day for us at Worldwide Studios as we are now in a position to announce a launch date for the much anticipated PS4 exclusive title from Evolution Studios – DRIVECLUB."

"The team has been working relentlessly on the game and have captured a new video to showcase just how impressive it’s currently looking. I absolutely loved it so please watch through to find out the date."

Driveclub's release date has fairly gladdened many desperate souls. Taking its been months and months, for long enough now the wait has infuriated those who wanted to get their hands on PlayStation 4 racer right after the console's launch. Still, looking at the provided release date, it seems like even after months of delay, Evolution Studios has much work left to do on the game.

But not to muffle the development work done by Evolution Studios during the time granted by delay, the game looks absolutely splendid in the newly released trailer, compared to the ones' that were shared before. Below is the trailer of the game.

No doubt Sony Computer Entertainment is very delighted to announce the release date of the game. The publisher sent a press release with some jaw-dropping beautiful Driveclub screenshots in mighty 8K (8000 x 4500) resolution as to celebrate the occasion. Of course PlayStation 4 does not have the potential to render the game in this resolution, so these Driveclub screenshots are just for you to see the spicy rides included in the game.

These fantastic Driveclub screenshots will also make best wallpapers for your desktop, or you can print them as posters. Whatever you do with them, one thing is for sure, you will forget yourself while admiring the beauty of the game shown in these splendid screenshots. Clearly, Evolution Studios has given a prominent boost to the graphics of the game.

Driveclub screenshots provided below have a very low compression ratio, means they are as released by the publisher. To view the screenshots in 8K resolution, you will have to open them in a new tab and give them some time to load because they are heavy, weighing between 13 and 15 megabytes each.