Dragon Quest XI Might Be Released Before May 2017 In Japan

While the series has been away from the spotlight for a few years in the West, the Dragon Quest series is still going strong in Japan, with a new main entry of the series and several spin-off titles launching in the future. Earlier today a livestream focused on the series' 30th anniversary has been aired online and series creator Yuji Horii has shared some new details on the upcoming Dragon Quest XI. 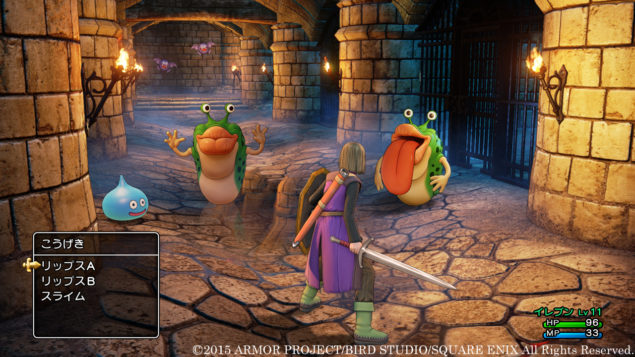 According to the Dragon Quest series creator, the story of Dragon Quest XI is almost finished so development is proceeding smoothly. Mr. Horii couldn't add more on the game, but he revealed that the publisher is aiming to release the game during the Dragon Quest 30th anniversary year, between May 27th 2016 and May 27th 2017. With so many high profile role playing games launching this year like Final Fantasy XV and Star Ocean 5, it seems unlikely that Dragon Quest XI will release during 2016 in Japan.

Dragon Quest XI has been revealed a few months ago for PlayStation 4 and Nintendo 3DS. The two versions of the game will come with some obvious graphical differences, with the PlayStation 4 version being powered by Unreal Engine 4. The 3DS version, however, will come with an extra feature that long time fans of the series will appreciate, as it's possible to play it in a 2D mode reminiscent of classic Dragon Quest games. Square Enix has also talked about a possible Nintendo NX port, but not much has been said about the matter.

Dragon Quest XI is currently in development for PlayStation 4 and Nintendo 3DS and it will be released on a yet to be confirmed date. We will let you know more about the upcoming new entry of the Dragon Quest series as soon as possible so stay tuned for all the latest news.