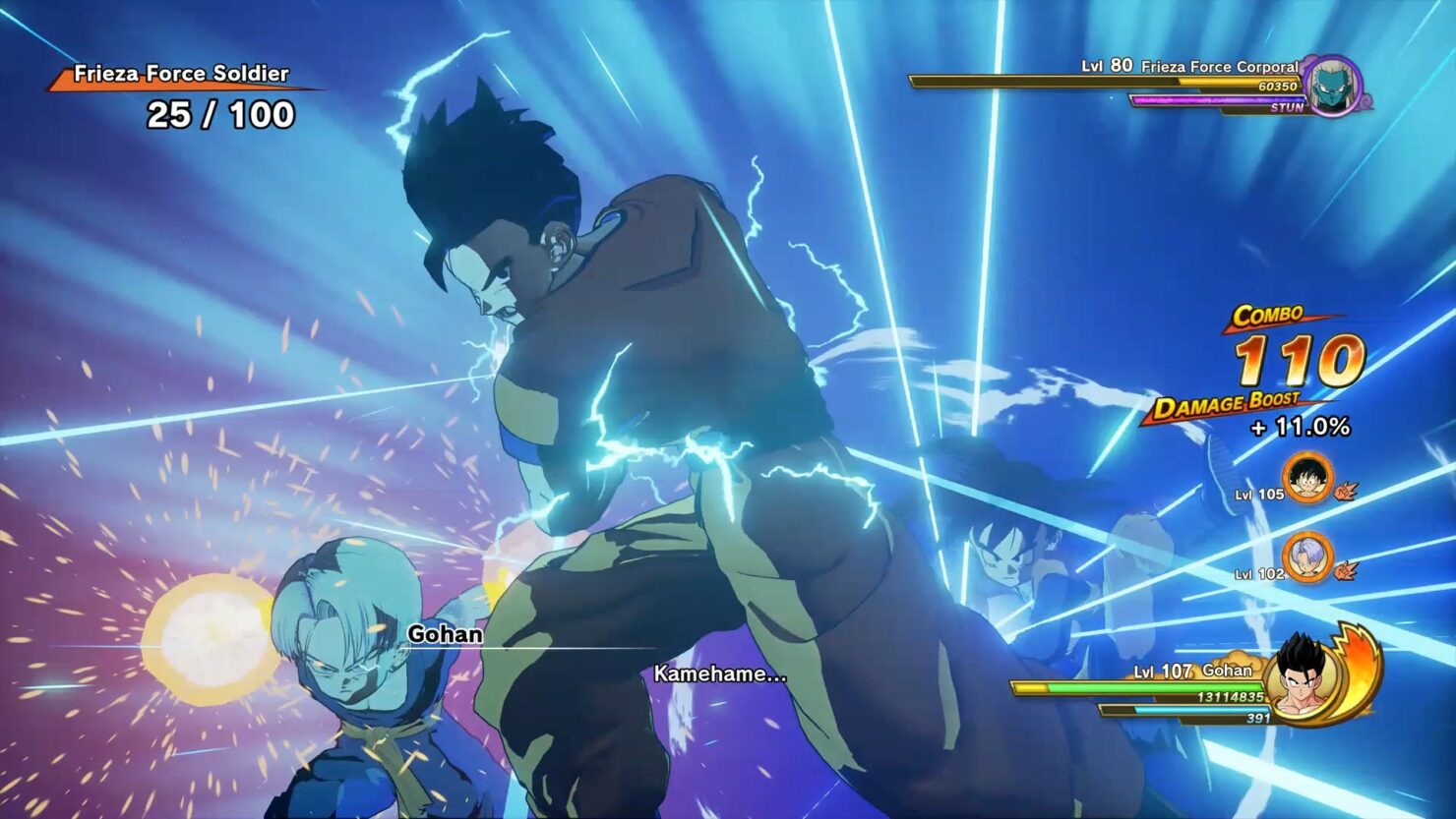 The new trailer showcases the new intense battle against Golden Frieza and the Frieza Army, the SSGSS transformation, Horde Battle and more. Lead Producer Ryosuke Hara also provided some new information on the DLC in a post on the Official PlayStation Blog.

We had quite a large gap between the first and second DLC, so I really appreciate everyone’s patience. In Dragon Ball Z Kakarot A New Power Awakens – Part 2, you will be protecting the Earth from the invasion of Golden Frieza and the Frieza Army. And in order to do so, Goku and Vegeta will have to train further and awaken their next level of power: the SSGSS transformation. Please keep in mind that while this boss battle episode is built upon the setting from the movie, it actually has its own original story to match the setting and outcomes of the base game. For example, because it was possible to bring the Ginyu Force back to life in the base game, you will have to take them on in the DLC as well.

With work on the Dragon Ball Z Kakarot A New Power Awakens DLC, the development team can now focus on the second DLC for the game, which will introduce a brand new story arc. More information on this DLC will be shared in 2021.

The next and final DLC, which features a brand new story arc, is still undergoing development and we are really hard at work to make it an exciting and fun content to play. I really look forward to announcing more info in 2021. So in the meantime, please enjoy A New Power Awakens – Part 2 and prepare for the next challenge!

Dragon Ball Z Kakarot is now available on PC, PlayStation 4, and Xbox One. The A New Power Awakens - Part 2 DLC will be released tomorrow, November 17th, on all formats.