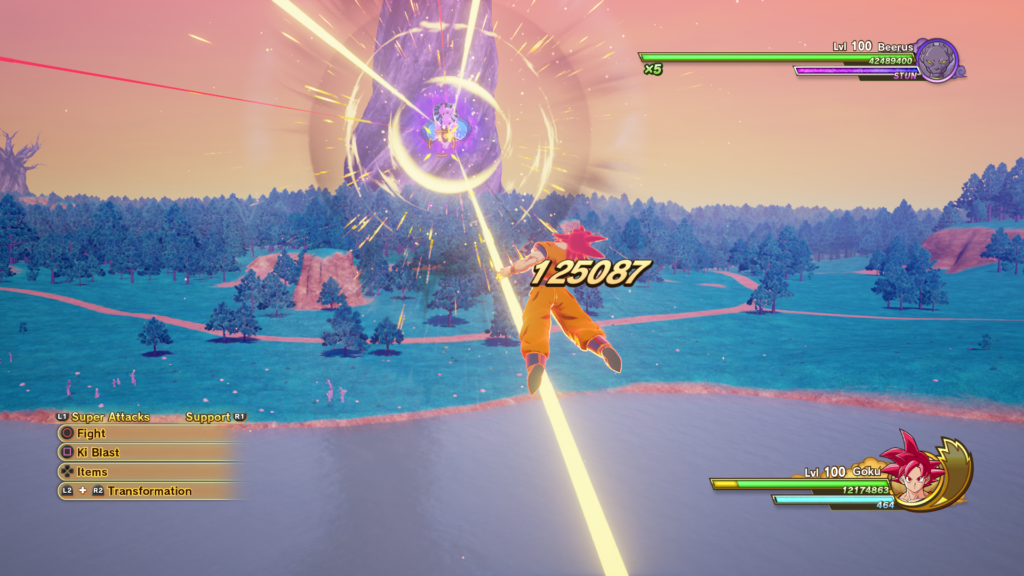 A new trailer has been released today for the upcoming Dragon Ball Z Kakarot A New Power Awakens - Part 1 DLC.

The new trailer, which can be found below, focuses on the intense battles against Whis and Beerus which will allow Goku and Vegeta to awaken to new powers.

If you seek greater power, Whis will be ready to train you starting tomorrow in Dragon Ball Z: Kakarot! Can you reach the Super Saiyan God form and manage to entertain Beerus?

The A New Power Awakens - Part 1 DLC will release tomorrow, April 28th.  As already mentioned, the DLC will introduce characters and content taken from Dragon Ball Super and it will only be available as part of the game's Season Pass

Dragon Ball Z Kakarot is a good adaptation of the manga and anime storyline, featuring intense and epic boss battles but the boring side-content that prevents the game from being a must-have for all role-playing game fans.

Dragon Ball Z Kakarot is now available on PC, PlayStation 4, and Xbox One.  A New Power Awakens - Part 1 DLC will be released tomorrow, April 28th, on all formats.