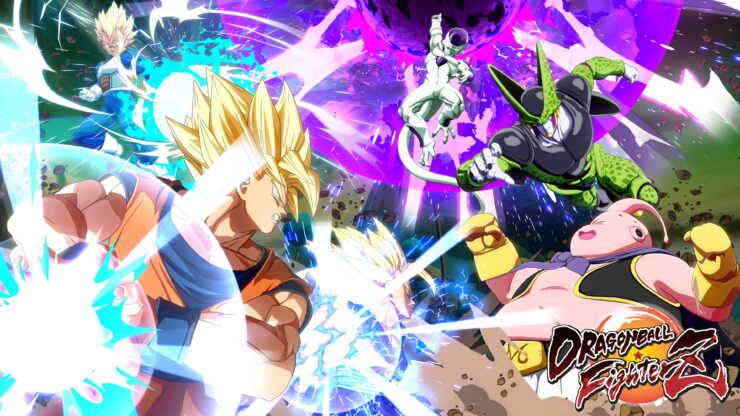 Dragon Ball FighterZ Season 3 is set to begin later next week, and it will bring massive changes to some gameplay mechanics as well as adjustments for the whole cast.

The full Season 3 patch notes have been posted today on the Dragon Ball FighterZ Official Japanese website, and they confirm some big changes for some gameplay mechanics like Vanish attacks and Dragon Rush.

DBFZ s3:
- vanish move (with camera effect) can cancel to specials
- DR can be canceled from L attacks
- DR can cancel to vanish on hit
- after DR crash, your jump/airdash will get a reset (you can jump again)
- 5H 2H gets dmg buff
- skipping other misc small system changes

Details on Limit Break state have also been confirmed, alongside the removal of fuzzies and interesting quality of life addition.

DBFZ s3 system changes:
- fuzzies seems to be totally gone (skipping details)
- the meter above the timer tells the total life of your team
- the "limit break" state gives you 10% dmg buff + 1 bonus meter + does less blue dmg to opponent (except for invul moves)

Ho-chan also provided the translation of the changes that will be introduced by the Dragon Ball Fighter Z Season 3 patch for several characters like SSJ Goku, Teen Gohan, Kid Buu, Android 18 and others.

DBFZ s3
- A18 JL is faster and easier to used to open ppl up
- Krillin stone beats super dash and command has changed to 22LorMorH
- A16 JH is faster, JS has bigger hitbox, A assist (current one) gets buff to be able to used in combo easier

DBFZ s3
- SSGSS Goku's A assist will cause the bounce on hit and bigger hitbox (wow
- GT Goku, 5LL is slower and easier to whiff, 236L hitbox smaller, 236H's range is shorter, no more knockdown after Genki-dama.
- Tien, we buffed 20 moves, enjoy

DBFZ s3
- Golden frieza lasts forever during sparking.
- Cell gets buff on 2M and kamehameha
- Ginyu 5H beats ki-blast while spinning and it is a low attack now (tf????????)
- Goku Black can now do 2L>2L link and 2M is faster

DBFZ s3
- A21 cake/donut lv3 will fill up all stolen moves slots, yes you will steal 4 moves at the same time
- A21 cmd grab is now faster
- A21 assist has bigger hitbox and faster

I am feeling this character so bad rn

As the Dragon Ball FighterZ Season 3 patch notes are extremely long, Ho-chan cannot provide a full translation. He did, however, mention that several characters got buffed, but the changes don't seem to be that big as of now.

the other character i haven't mentioned in short jiren/veedel /beerus/m.buu all got buffs on their normals and etc but nothing really looks game changing. Guess we just need to wait for the game drops.

The beginning of Dragon Ball FighterZ Season 3 next week will also be marked by the release of Kefla, the first new character releasing for the game this year. Kefla will be followed by Ultra Instinct Goku and three other yet to be confirmed characters. One of them could be Dragon Ball GT villain Omega Shenron, as audio files found in the game's previous versions contained a reference to the character. These files have been in the game for a while, though, so plans may have changed following the announcement of Season 3.

Universe 6’s Kefla will bring some girl power to FighterZ on 28 February!
Get the FighterZ Pass 3 on 26 Feb to play her 2 days early!

Dragon Ball FighterZ is now available on PC as well as on PlayStation 4, Xbox One and Nintendo Switch.