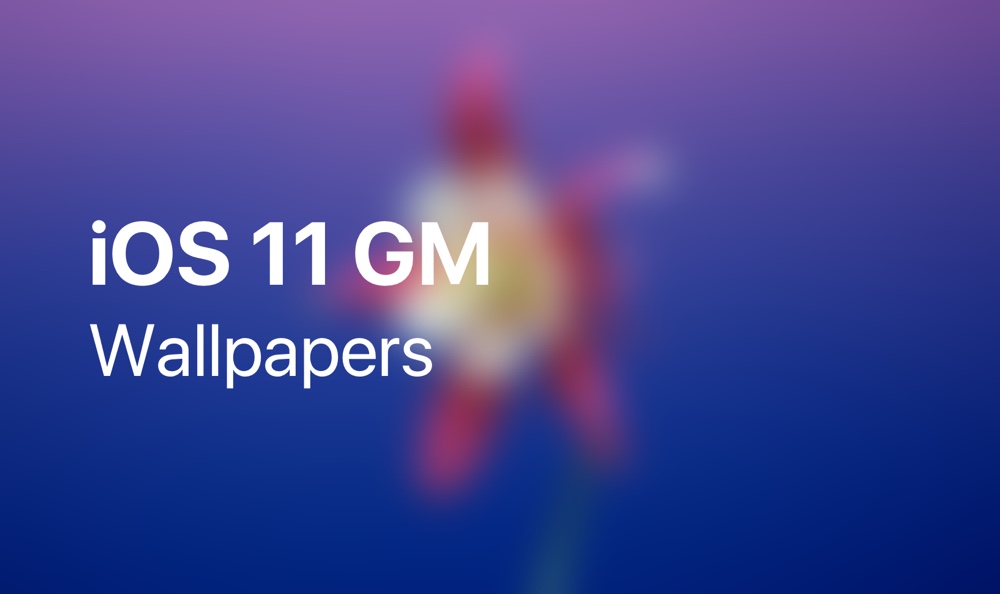 You can now download the 16 new leaked iOS 11 GM wallpapers meant for iPhone and iPad. Some of these wallpapers are meant for the OLED display of iPhone 8.

Having released Beta 10 a while back, the stage is set for the final release of Apple's latest and greatest firmware for mobile - iOS 11. In fact, the iOS 11 GM (Gold Master) build of the firmware was leaked into the wild a while back, giving everyone a glimpse of what they can expect when the final firmware (for developers) arrives next week, alongside the reveal of the iPhone 8. Lucky for us, the aspect which everyone awaits the most - wallpapers, has been updated too. This means that there are several new backdrops for everyone to dive into, and they're available for download now.

16 in total, the style of wallpapers vary, and it is clearly evident that some of these are meant to compliment the OLED display of the iPhone 8. Nonetheless they look great on an a regular iPhone display as well.

Though the iOS 11 GM will be available for download next week, keep in mind that the final version of the software for the public might not bear fruit for at least a couple of weeks. Therefore if you wish to try out the software before anyone else, make sure you have a legit Apple Developer Program membership at hand in order to get things rolling. Otherwise you will have to wait for the firmware to arrive in its predefined course.

If you're eager to get onboard the iOS 11 Beta bandwagon right away, then make sure to check out the links added below.

Personally, I would suggest holding off from the update and perform a clean restore when it arrives in due course.