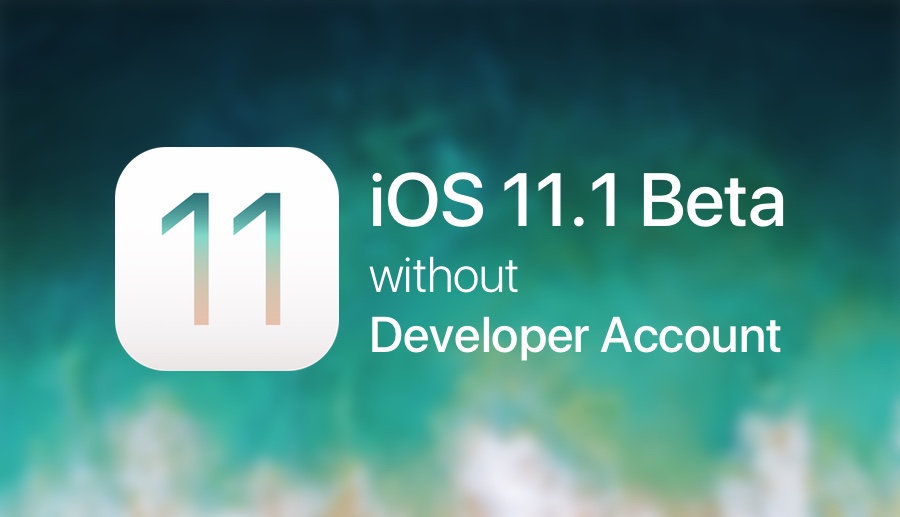 You can download iOS 11.1 Beta without a developer account right away on your iPhone or iPad. But should you do it?

You Have the Complete Choice to Download iOS 11.1 Beta Without a Developer Account. But it's Unnecessary Since the Public Beta is Available.

While Apple is pushing out little point updates to iOS 11 on a regular basis, but it's iOS 11.1 Beta everyone should look forward to. It's the update that introduces a ton of changes under the hood, improving performance by a huge margin while introducing a bunch of new features, such as hundreds of new emoji as well as the return of the 3D Touch app switcher gesture.

Currently, the iOS 11.1 Beta is available to both developers and public beta testers. Surprisingly, if you do not wish to take the public beta route, you can still grab the developer-oriented beta for free. This is possible if you happen to source yourself the iOS Configuration Profile. Once downloaded and installed on your iPhone or iPad, you'll start receiving updates for every beta that follows. But should you really go through all of this trouble?

If you're asking me, it's completely unnecessary since the developer and public beta builds are exactly identical. The only key difference is the time the update is delivered. Developers tend to get first dibs, followed by the public beta testers. Usually, Apple seeds the public beta six hours after the release of the developer oriented release. But Apple can take up to twenty-four hours in a lot of cases. So, if time is crucial for you, and you have no desire of waiting, then the developer beta route is the road which you should take.

Be warned about something though: you're taking a route which is clearly not sanctioned by Apple at all. There is a chance that Cupertino might pull the plug on it completely, leaving you astray, ultimately forcing you to restore your device using iTunes to get back on the normal update track. Therefore it's highly recommended that you back everything up before jumping onboard the 'alternative' developer beta route. Check out this post on how to download the latest beta without a developer account.

I would still recommend taking the public beta route. It's absolutely free, and all you have to do is sign up using your Apple ID, downloading a profile on your iPhone or iPad and get to business straight away. Point your iOS device to beta.apple.com to get started.