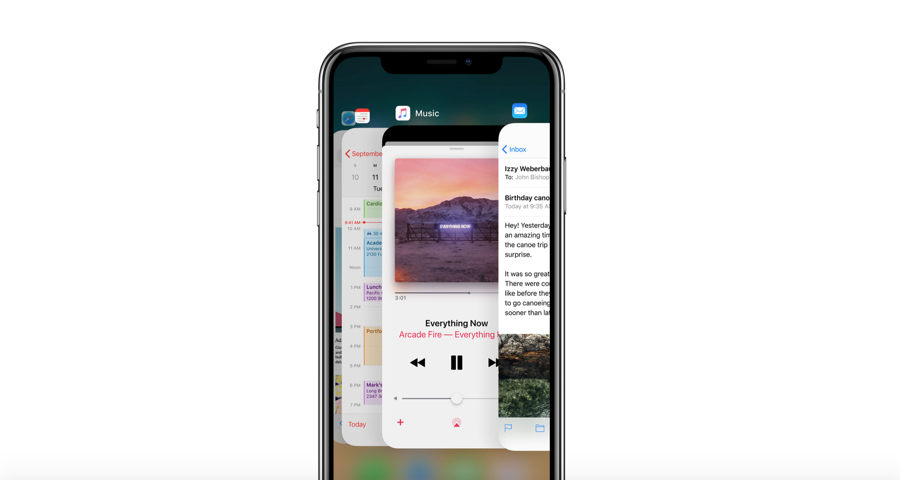 Other than introducing hundreds of new emoji characters, Apple brought back the 3D Touch app switcher gesture in iOS 11.1 Beta 2.

The release of iOS 11 sounded off a disappointed flavored cry in the iOS community as it marked the removal of the famous 3D Touch app switcher gesture. By simply hard pressing on the left edge of the display, you could simply switch between apps or enter the app switcher if you so wished. For reasons unknown Apple removed it while also promised that it would make a comeback in a future update to iOS 11. iOS 11.1 Beta 2 is that release, and if you have the latest update installed already, then you can try it out for yourself today.

Keep in mind that this gesture only works if you have a 3D Touch enabled device. This includes only the iPhone, ranging from the iPhone 6s all the way up till the iPhone 8. The iPhone X, obviously, is not available for purchase yet, but it's safe to assume at this point that the aforementioned device will ship with the feature right out of the box.

iOS 11.1 is currently sitting on its second beta, and will likely see a few of them arrive in due course. If I'm to take a wild guess, it's likely that the iPhone X's release will be accompanied by the full and final release of iOS 11.1 for everyone out there.

If you're curious to give iOS 11.1 Beta a shot right now, then you can do so absolutely free. Simply head over to the beta.apple.com website and sign up for Apple's public beta program. It's free, and the updates are delivered over the air. You also have the option to opt out of beta updates if you so require.

We will keep an eye on more changes that might have been introduced with iOS 11.1 Beta 2 so stay tuned for more updates.