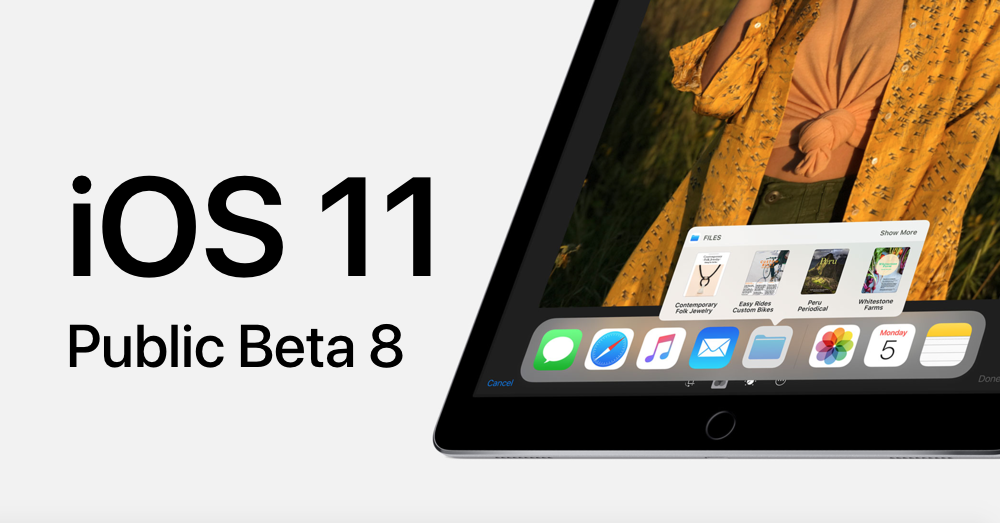 Alongside iOS 11 Beta 9, Apple has released iOS 11 Public Beta 8 for those enrolled in the Beta Software Program.

Apple's sudden release of iOS 11 Beta 9 just three days after Beta 8 was seeded came as a surprise for many, even us. Given that we are insanely closely to the final release of iOS 11 to the public, therefore Apple is taking its software train forward with full force, doing whatever it can in its power to make sure things are as top notch as they ever can be. Today, those enrolled in the company's free Beta Software Program can download iOS 11 Public Beta 8, which carries the same changes as iOS 11 Beta 9 for developers. The update is available to download over the air, and you can get to grips with it straight away.

If you have more than 50% battery remaining on your iPhone or iPad then the installation will begin immediately. Otherwise, you'll be requested to connect your iOS device to a power outlet. Please do so if you wish to install the update right now.

Although I wouldn't recommend it, but you also have the option to install the developer version of iOS 11 Beta on your device for free. To learn more, head over to this link. It's best to stick with the public beta version however, since the developer counterpart does not offer anything extra at all, other than the fact that it's seeded a couple of hours early (at best) than the public beta version.

Make sure you check out the following links before heading out.