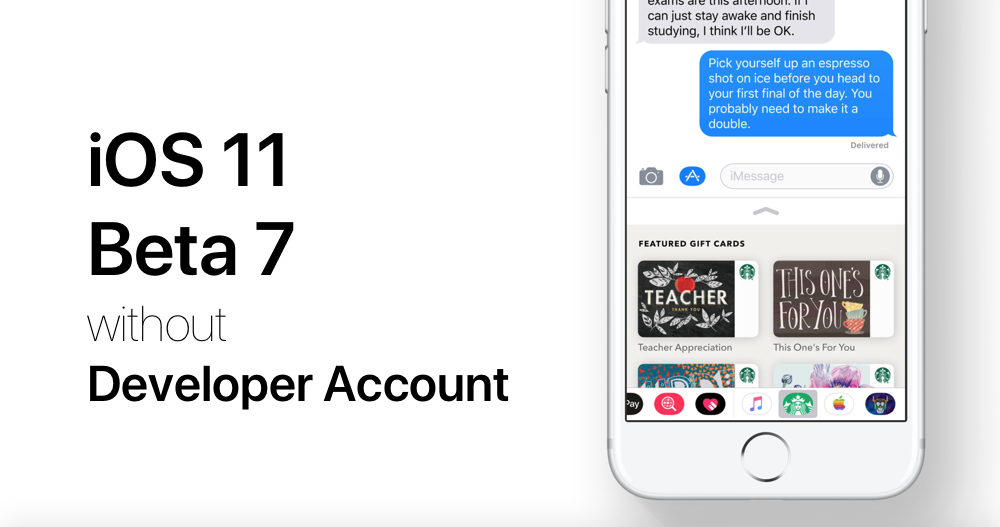 Can't wait for iOS 11 Public Beta 6 to arrive? Here's how you can download iOS 11 Beta 7 without a paid developer account on iPhone and iPad.

We get it - Apple's release cycle is designed in such a way that developers get the first dibs on new software, followed by public beta testers. But some of us just can't wait to get our hands on the latest and greatest from Apple no matter what we do. So, if that's the case with you as well, then you might want to install the developer beta of iOS 11, instead of the public beta version. Though not recommended, as public beta builds are released soon after the developer oriented ones, but you have the option in your hands. It's just a simple case of downloading an iOS 11 Beta profile onto your device, and you'll start receiving updates over the air. For more details on this, check out the post linked here: Download and Install iOS 11 Beta Without Developer Account.

I've said it before and I'll say it again, it's best to download software using legit routes. Opting for the developer oriented beta instead of the public one might land you with quicker updates but you don't get anything more than that at all. There is nothing more developers get compared to public beta testers. The builds are absolutely the same, including the bug fixes and performance enhancements. But it's entirely your call which route you wish to take.

Check out the following links before heading out.

If you wish to downgrade from iOS 11 back to iOS 10, then back up your files completely first and follow the guide posted here: How to Downgrade iOS 11 Beta to iOS 10 – iPhone & iPad Tutorial.