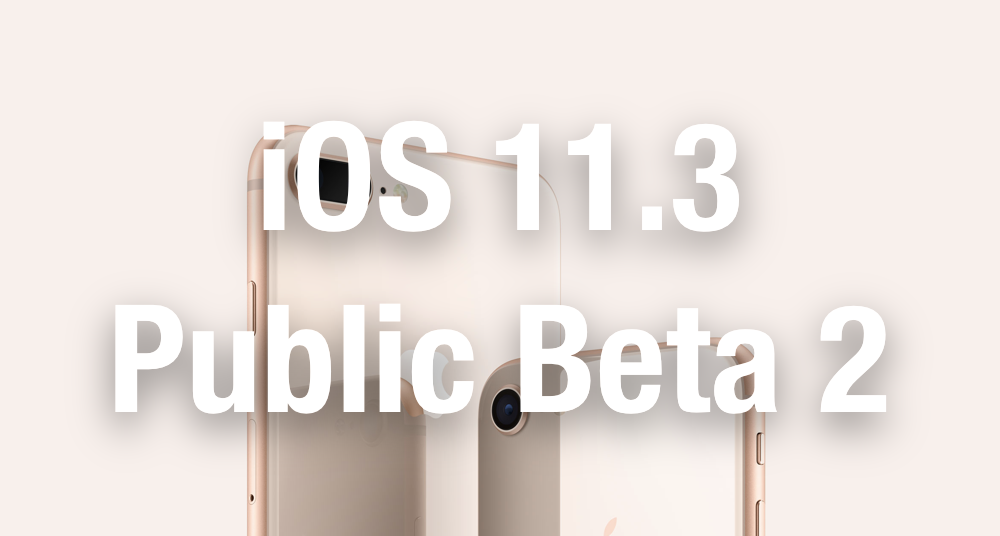 Apple has just released iOS 11.3 Public Beta 2 with the new Battery Health feature. Here's how you can install it on your device right away.

iOS 11.3 Public Beta 2 Has Been Released with Battery Health (Beta)

Apple released iOS 11.3 Beta 2 yesterday for developers. That update brought with it the much-awaited Battery Health feature, allowing users to turn off the throttling measures Cupertino has put in place to save battery life. Now, fast forward to this day, Apple has released iOS 11.3 Public Beta 2 for those enrolled in the Beta Software Program. This means that you can enjoy all the features of the developer-oriented beta, except that you don't have to pay a dime for it.

In order to install the iOS 11.3 Public Beta right now, you can head over to beta.apple.com and enroll your device from there. It's a piece of cake, really. But if you already have the software update installed on your device, then you can download iOS 11.3 Public Beta 2 by going to Settings > General > Software Update on your phone or tablet. Just make sure you have at least 50% or more battery on your device and are connected got a WiFi network.

Once downloaded and installed, you can start using your device as you normally would. I will recommend that you play around with the Battery Health feature for a while and see where your phone stands in terms of battery life. The changes in battery health will only be obvious if you have an older device at hand, at least an iPhone 7. The difference will be more visible once you jump into iPhone 6 territory.

Apart from the above update, Apple has released the second public beta of tvOS 11.3 as well. It can be grabbed from the same channel as the iOS beta, by going to beta.apple.com. Remember one thing though, tvOS 11.3 does not really bring much to the table so it's best to wait for the final version to arrive.

In order to update your Apple TV right now, assuming you have a previous beta installed, head over to Settings > System > Software Updates on your Apple TV 4 or Apple TV 4K.