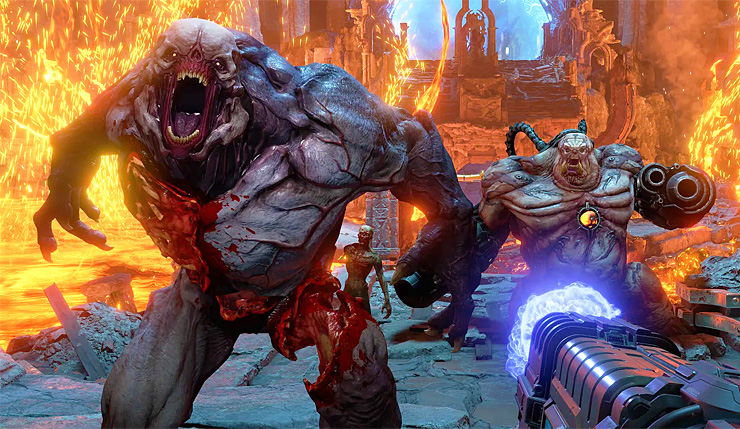 Whatever happened to Doom Eternal’s Invasion Mode? Since before launch, id Software promised Doom Eternal players would be able to invade other’s games in manner somewhat similar to From Software games like Dark Souls, and yet, the feature kept getting pushed back. Well, today id Software officially announced Invasion Mode has been slain as the pandemic impacted development and it seems the team realized the feature didn’t really play to Doom Eternal’s core strength – namely, its intense single-player action. As such, the invasion concept will now be replaced by a new single-player horde mode.

As many are aware, we intended to release a free Invasion Mode update for the game. However, the unforeseen consequences of the pandemic and remote working impacted the progress of development for this addition. Over this time, we have also seen and heard how many of you enjoy the range of gameplay and combat available in the expansions and master levels. With these factors in mind, we have decided to redirect our focus from Invasion Mode to creating a totally new single-player horde mode.

We're confident this horde mode will offer you more of the diversity and challenge you're looking for in the game. In addition, the team continues to work on a refresh of Battlemode that includes a more competitive, rank-based structure, a number of gameplay and balance updates, and another new map. We expect to share more information at QuakeCon in August.

Doom Eternal is available now on PC, Xbox One, Xbox Series X/S, PS4, PS5, Switch, and Stadia. No word on when the new horde mode will launch, although as mentioned, we’ll learn more at QuakeCon 2021, which kicks off on August 19.