Ahead of the DOOM Closed Alpha, developer Bethesda has just published a new multiplayer gameplay video for the upcoming Alpha. 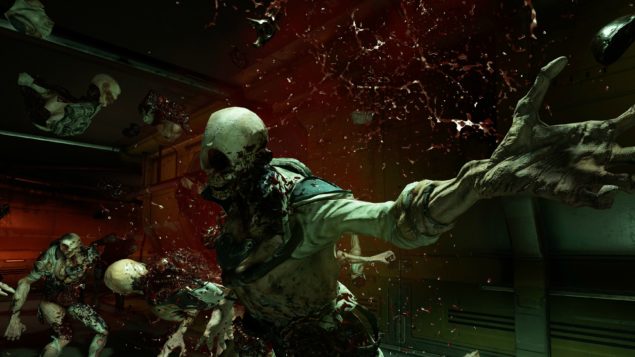 Earlier today we posted on how images of the Alpha’s leaked online, and now developer Bethesda published a new multiplayer gameplay video.

“The first DOOM Closed Alpha begins Friday, October 23 at 12:01 ET and runs through Sunday, October 25 at 11:59 ET. Participants will square off in 6v6 Team Deathmatch on the Heatwave map. Using a limited arsenal of 6 weapons and 2 pieces of equipment, players can choose a pre-set loadout or customize their own loadout before jumping into arena-style combat in this industrial-themed map.”

Some of DOOM’s key features:

DOOM is scheduled for a release in the spring of 2016, for PC/Xbox One and PS4.