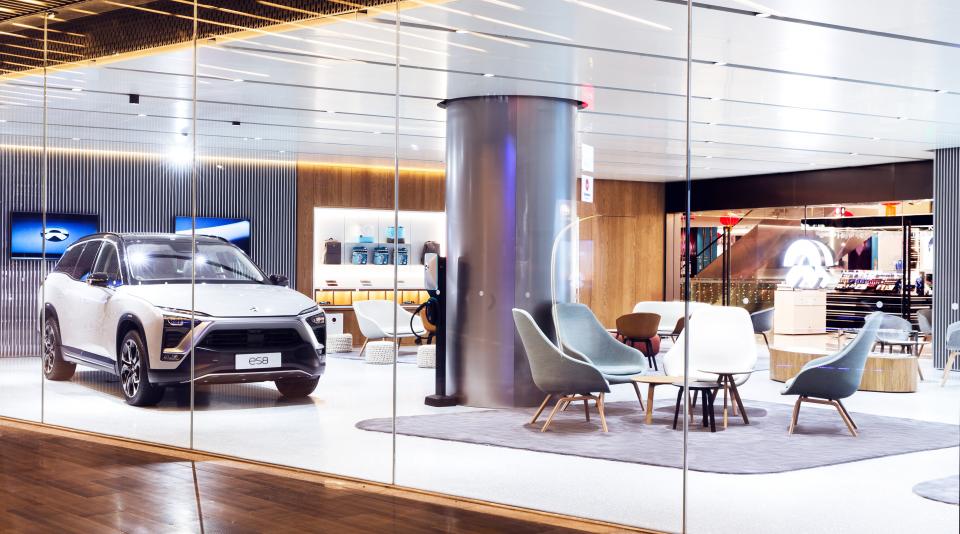 NIO (NYSE:NIO) has achieved a number of major milestones over the past couple of weeks. And yet, its share price has barely budged in response to these stimuli.

As a refresher, NIO formalized a strategic partnership with Sinopec on the 15th of April. The arrangement would facilitate the deployment of NIO’s second-generation battery swap stations across Sinopec’s vast network of gasoline stations. Last week, the company initiated the construction of the first phase of NeoPark – a 16,950-acre industrial park that would bring tremendous synergy by localizing the electric vehicle supply chain. Moreover, NIO is finally entering the EU this week, having already scheduled a press conference in Oslo on the 06th of May. Meanwhile, the company’s stock price has largely remained indifferent to these developments.

So, what is causing such a dramatic dampening effect on NIO’s share price? Well, the answer pertains to the ongoing global chip shortage. We detailed in a previous post that chipmakers started concentrating on consumer electronics toward the onset of the pandemic as the demand for cars collapsed while that of electronics surged. Now that the global economy is undergoing reflation on the back of surging vaccination rates, auto demand is back with a vengeance. The situation was worsened by a fire at a Renesas Electronics Corp. facility, which supplies a major chunk of auto chips globally. These clogged supply chains are having a dramatic impact on the auto industry, with Ford (NYSE:F) reducing its 2021 production by 1.1 million units – equivalent to a hit of around $2.5 billion.

Nonetheless, NIO has been able to largely evade the crippling impact of this global chip shortage. Even though the company halted production toward the end of March, it did manage to meet its delivery guidance for the first quarter. But this does not mean that NIO’s production is going full steam ahead. As an illustration, the company disclosed deliveries for the month of April 2021 over the weekend. As per the press statement, NIO delivered 7,102 vehicles in April 2021, including 3,163 ES6s, 1,523 ES8s, and 2,416 EC6s. Crucially, the company’s April deliveries are 2.1 percent less than its March deliveries. The chart below illustrates these dynamics:

This brings us to the crux of the matter. JP Morgan (NYSE:JPM) penned a crucial investment note last Friday. The Wall Street behemoth believes that the chip shortage will be fully alleviated by the end of 2021 or H1 2022. However, the bank believes that the situation would become aggravated over the next few months before moving toward progressive easing, with this “inflection point” occurring during the course of the northern hemisphere’s summer season. Finally, the bank believes that the inflection would mark a definitive reversal when it comes to the current depressed equity prices in the auto sector.

Given NIO’s improving margins, we believe that the company will be able to rebound much faster once the chip supply inflection point is behind us. Consequently, investors should HODL (Hold On for Dear Life) for the next few months in anticipation of outsized gains in H2 2021.