DNF Duel's release is just about three months away, and the roster of characters continues to grow. Recently, the title revealed that a new character named Ghostblade would be joining the base game roster. That's not all the game had to offer in terms of updates and connecting with the players.

Previously in December 2021, the DNF Duel development team dropped an open beta, which allowed players to take the likes of Berserker, Crusader, and Striker online and play online matches. The game had rollback netcode recently applied to that beta, so that was a neat bonus. 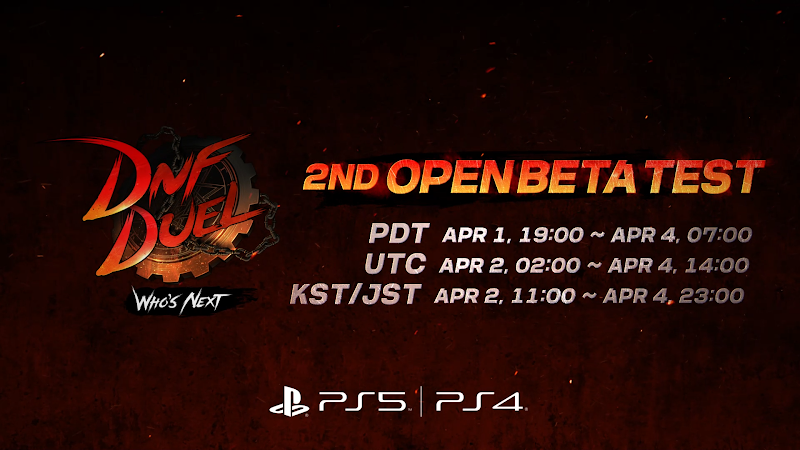 Given the time jump, one could assume that there would be a second beta at some point, and if last night's announcement is anything to go by, there will be one. This weekend, actually, will be the setting for DNF Duel's second open beta. The development team at Arc System Works and Eighting revealed that April 1st, 2022 will mark the start of the beta period.

According to the announcement by Arc System Works, The next Open Beta test period runs from 7 PM PST on the evening of April Fool's, until April 4th, 2022 at 2 PM PST. You can safely assume that whatever character that you played the first time around will be available to use this time around. You can watch the new New Challenger video below, which has this info and highlights the recently revealed character Ghostblade.

This weekend, players will once again be allowed to take control of the likes of Striker, Grappler, Dragon Knight, and more on PlayStation 4 and PlayStation 5. Installing the DNF Duel beta is as simple as finding it on the PlayStation Store and downloading it. The software won’t be allowed to be used outside of the beta period, and hopefully, connecting will be an easier time than the last.

DNF Duel will be released on June 28th, 2022 on PlayStation 4, PlayStation 5, and PC (no store disclosed yet).