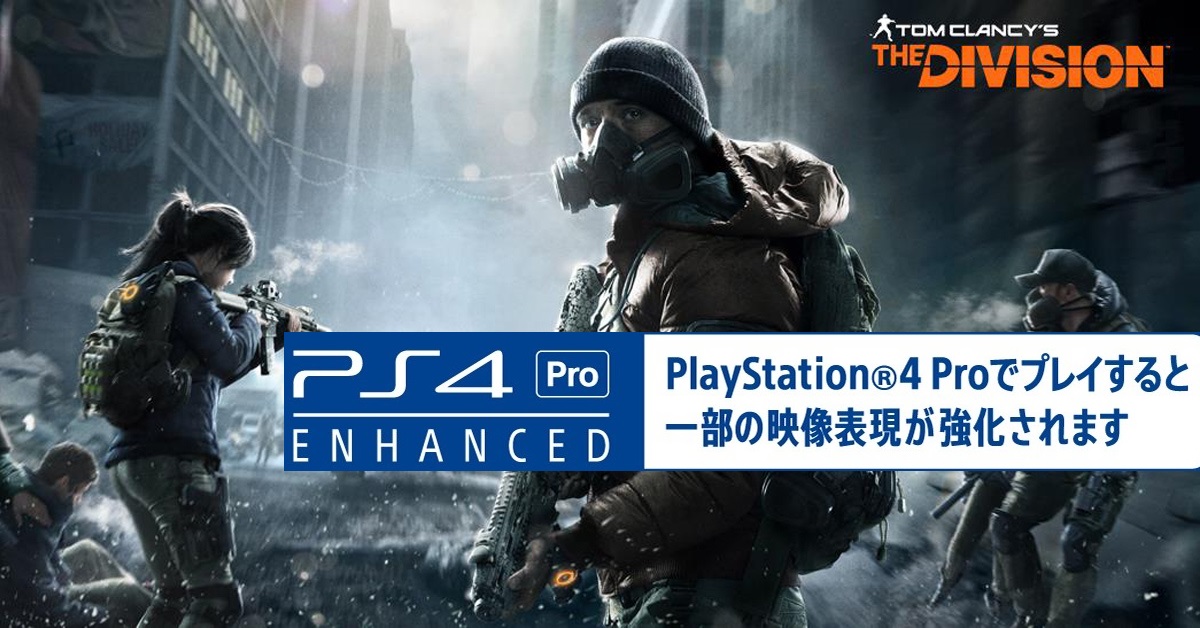 A The Division PS4 Pro patch will be arriving on December 20 alongside the Survival DLC for Sony’s console.

The second expansion for Ubisoft’s The Division was already released for both Xbox One and PC last month due to a timed exclusivity deal, but will now also become available for PS4 players. The Division’s third expansion, Last Stand, will arrive early 2017 on all platforms simultaneously as the exclusivity deal for DLC has now ended.

PS4 Pro players will be happy to learn that Ubisoft’s MMO shooter will be receiving a PS4 Pro patch when the Survival DLC lands next week. Exact details on what kind of support for Sony’s upgraded PS4 console are unknown for now.

The news was announced during a State of the Game live stream yesterday.

In Survival, players will be able to choose to enable either PvP or PvE. In PvP, while the Rogue mechanic does not apply, agents can fight against or cooperate with other players in every corner of New York, even outside of the Dark Zone. As PvP comes with additional risks, it also comes with additional rewards, in the form of a bonus multiplier to the total score. In PvE, players will be able to play in cooperation with other players, and PvP is disabled, even in the Dark Zone.

The Division was officially announced back in 2013 during that year’s E3 event.

The Division is available now for PC, Xbox One and PS4 and PC players can play the entire game for free this weekend during a free weekend trial.