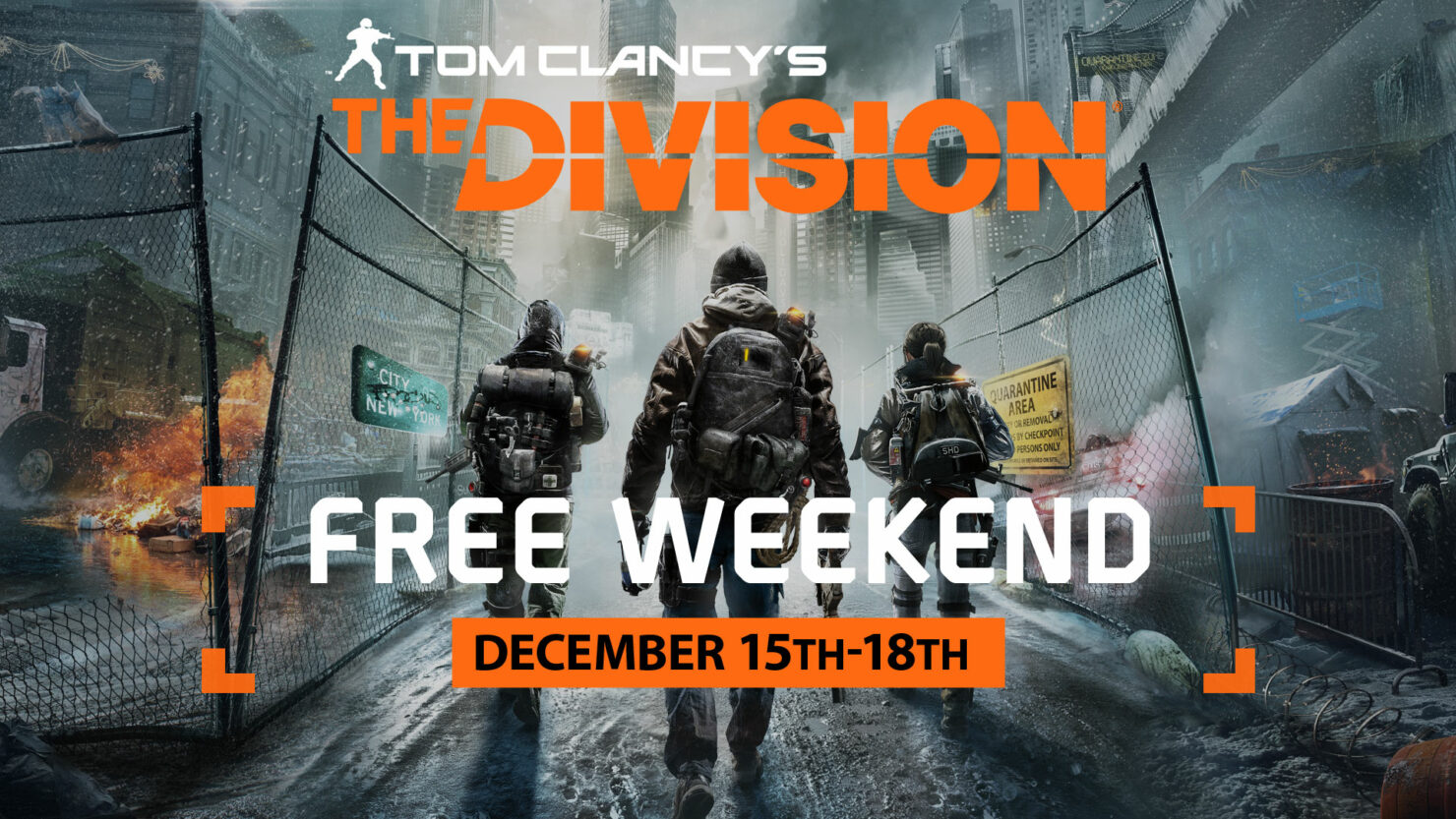 The Division will be free to play for PC players this weekend and can be now be pre-loaded.

Ubisoft’s MMO-shooter will be playable for free from December 15 at 10AM PST to December 18 at 1PM PST and players will be able to enjoy the entire core game and all free content updates. This doesn’t include the game’s season pass content.

New York is in peril. Its population has been decimated by a terrible virus, while violent factions fight for control. As an Agent of The Division, you’re tasked with infiltrating the streets of the city to save what’s left, and starting tomorrow, you can do that for free. From December 15 at 10AM PST to December 18 at 1PM PST, The Division will be free on Uplay PC, allowing you to play through the entirety of the core game, along with all of its free content updates, for zero dollars. Season Pass content is not included, but the progress you make during this free period will transfer over if you purchase the full game – both the regular version and the Gold Edition of The Division will be available on the Uplay store with a 50% discount.

Pre-loading for The Division free weekend is now available.

The Division is available now for PC, Xbox One, and PS4. Ubisoft recently released the game’s Survival DLC for both Xbox One and PC. PS4 players will be able to enjoy the game’s second expansion on December 20.