Disney Comes Up with the ‘Wireless Charging Room’ 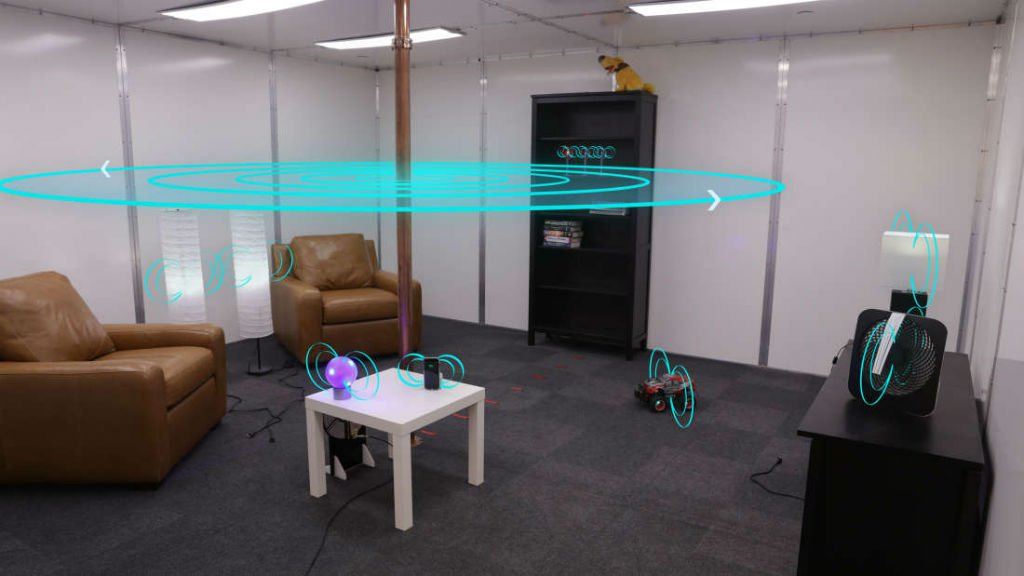 Good old Disney has not just been making cartoons and TV shows in the past couple of years. It has been up to something much more. That something much more is actually a wireless charging room! That’s right. Think of all the cord junk in the corner of your room, the cumbersome task of always having to look for a charger and being restricted to a corner to make your calls when you have to charge and use the phone. Annoying, isn’t it? Well, Disney may have just owned the future with its new invention.

Scientists at Disney Research have formulated this solution, which consists of an entire room being able to charge 10 objects at a time without absolutely any ports. The room can deliver 1900 watts of energy with 40 to 90 percent efficiency depending on where you are in the room. That’s more than enough to charge fans, lamps and other small electronic devices.

"Wireless power delivery has the potential to seamlessly power our electrical devices as easily as data is transmitted through the air," the Disney Research team explains.

"However, existing solutions are limited to near-contact distances and do not provide the geometric freedom to enable automatic and unaided charging."

The set-up of the entire room will be a bit unusual, though. You can move around furniture in it, but the catch is, there has to be a copper pipe in the room. This copper pipe will have 15 capacitors in it connected to the generator outside the room to produce a magnetic field. A receiving coil will also be connected to the pipe, resonating at the same frequency as the capacitors to power your devices.

The walls have to be made of aluminum panels from floor to ceiling to facilitate the power supply. Future iterations may move to conducting paint.

Can a room having magnetic fields be safe for us? This question will inevitably pop up. Disney has put it to rest since it has been verified by the US Federal guidelines for specific absorption rate (SAR), that it is, in fact, safe for humans. But some guidelines will have to be followed like not getting too close to the pole. Disney will probably solve that by having inbuilt sensors to give you the cue when you get too close or to shut itself down automatically.

Nonetheless, the concept is still quite fascinating. Another cool fact about this invention is that it can be scaled up or down to the size of warehouses or just cabinets where you can put your devices to charge. After further iterations, it may just solve all our cord problems in the near future.