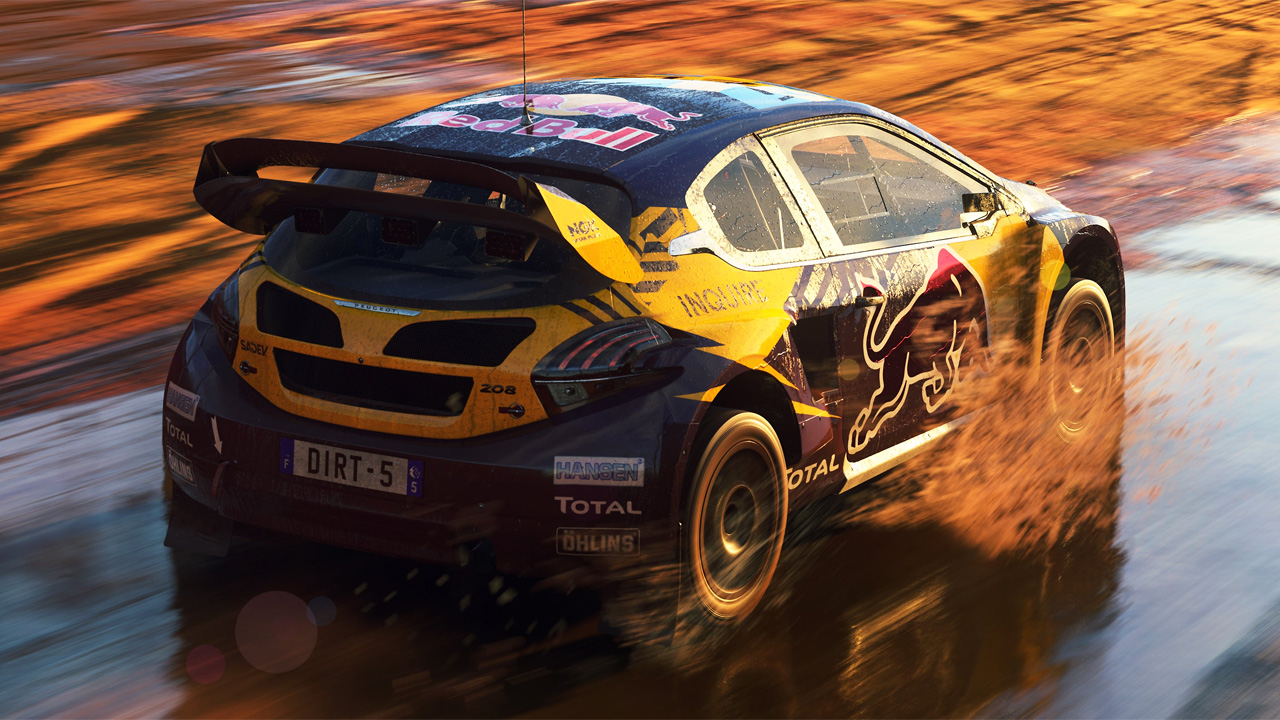 Dirt 5 grabbed a lot of attention as the first major racing game on next-gen consoles, but the rush to be available at the launch of the PS5 and XSX means that game shipped without some major features. Thankfully, a couple big fan requests are being added in the game’s latest update, namely, cross-platform matchmaking and ghost lap times! You can get a rundown of all the new content and features included in the “Red Bull Revolution” update, below.

Even more action and fun await in DIRT 5’s online multiplayer modes, with the addition of cross-platform matchmaking compatibility for Xbox, PlayStation, and PC (Windows Store and Steam) players. Another key community request added to the game, crossplay allows all public lobbies to connect players on different platforms together, further boosting online activity whenever you jump in. That means busy lobbies and more excitement in every event. If you’re matchmaking with a party of players, all party members must have cross-platform matchmaking enabled to ensure they can match with racers on other platforms.

Finally, another community-requested feature, ghost lap times, comes to DIRT 5 in the Red Bull Revolution Update. In Time Trial and Playgrounds (Gate Crasher), you’ll have the option to display relevant lap times from the global leaderboard, straight onto the track: the global fastest lap, the global closest lap to your time, the closest lap time from your friends, or your own personal best time. See the racing lines, figure out where you can shave off the seconds, and rise up the ranks by defeating the ghosts of real-world players from the same platform.

We’re adding yet more variety to the mode, with wet and stormy weather conditions for each location! Add some extra challenge to your creations by making surfaces wet and low on grip, and bring some spectacle to your map by choosing stormy conditions, complete with lightning strikes and driving rain. This option is available for all Playground arenas in Arizona, South Africa, and Italy.

We’ve hooked up with Red Bull for this free update to deliver a host of new DIRT 5 content! First up: eight fresh Red Bull liveries to show up and show out in. In the usual livery select screen, find a new design for the Audi S1 EKS RX quattro, MINI John Cooper Work Buggy by X-raid, Peugeot 3008 DKR Maxi, and Volkswagen Race Touareg 3. Meanwhile, check out the Porsche 911 RGT to find the official Red Bull Racing Esports livery, ready for you to use. Finally, the Peugeot 208 WRX comes with THREE new Red Bull liveries, including designs driven by both Timmy and Kevin Hansen in the FIA World Rallycross Championship! Over in Playgrounds, the new DIRT 5 update will also add the iconic Red Bull arch, used across the globe in official events.

Dirt 5 is available now on PC, Xbox One, Xbox Series X/S, PS4, PS5, and Stadia. The Red Bull update charges onto all platforms tomorrow (May 11).