DirectX 12 will be Exclusive to Windows 10: Complete Integration will Require DirectX 12 Cards

DirectX 12 seems to be bringing a lot of new stuff and capabilities to the table. Especially, when it increases the performance and decreases the power consumption by an enormous amount. Gamer's have been wondering weather they'll be looking at an upgrade to DirectX 12 on previous version of Windows, namely Windows 8.1, 8 or 7, so here are some pointers and releases that strongly imply that DirectX 12 will be a Windows 10 exclusive. 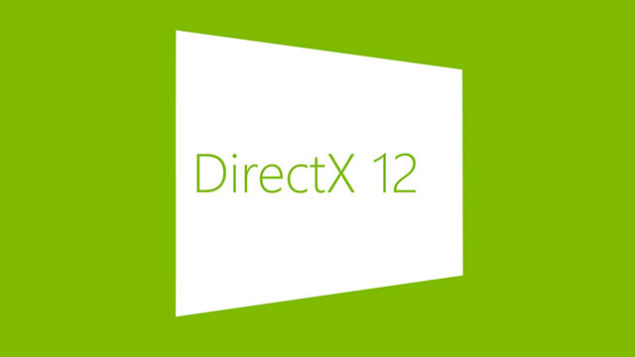 Windows 10 will be a Free Upgrade - Nothing About DirectX 12 on Window 8.1

Microsoft has been quite vague about the subject and no official announcement has been made on the matter either. Hence we can only deduce that they want to wait it out with the announcement but they have in many places implied that previous versions of Windows might not be able to take the advantage of DirectX 12. On a recent post online they mentioned that almost half of the gamers will be able to take advantage of DirectX 12 and that they'll be able to upgrade to Windows 10 for free. Clearly not wanting to touch the subject of its availability on previous versions of Windows.

But you're not walking down a dark alley for now. News is that if you will not have to upgrade your GPU to take advantage of the DirectX 12 for now. Nvidia has announced that all their GPUs which fall in the Fermi, Kepler or Maxwell architecture category will be compatible with DirectX 12. And if you own a GPU which supports DirectX 12, probability is that you can get Windows 10 on you PC easily, even if it is for a year. In a reply to a fan about the compatibility of his card, Nvidia's twitter page tweeted the following:

@charles_6835 DirectX 12 is coming to all Fermi, Kepler, and Maxwell GPUs - so your GTX Titan is compatible! http://t.co/riSGD1oSwG

AMD is still awaited to make an official comment or announcement on the subject but anticipation is high that a lot of AMD cards will also be compatible. However, Microsoft released an official statement announcing that DirectX won't require a new graphics card but it will not cover the complete features of the the new version of DirectX for which you will need a DirectX 12 card.

"There will be DX 11.1 cards that take advantage of a lot of the driver and software tech that we're bringing in Windows 10, but if you want the full benefits of DX12, you're going to need a DX12 card." Says the official statement released by Microsoft.

But according to a release statement to Polygon, they said "The power and frame rate wins we demonstrated come from improvements in CPU usage in the OS runtime and device drivers. And this was on DX11 devices."