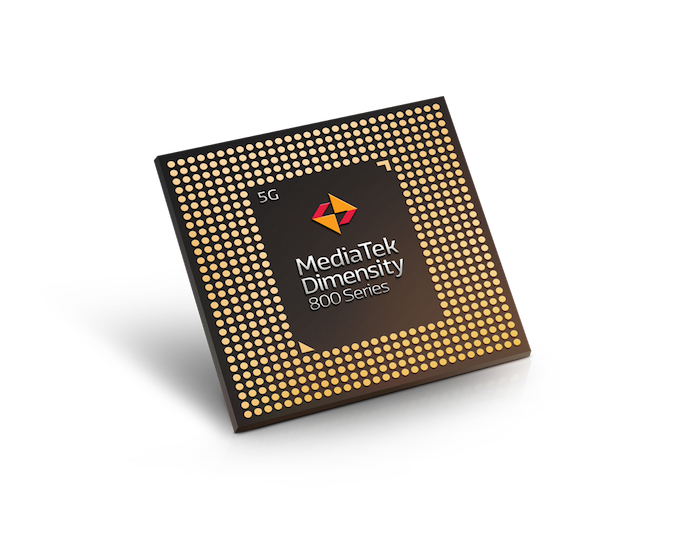 MediaTek has long been shunned by OEMs for its lackluster chips. MediaTek chips often found themselves in low-end devices and were primarily used by new market entrants to save a few bucks. Thankfully, things have changed since 2018, when the Taiwan-based manufacturer decided to up its game with a new range of Helio P and G chips. The Helio G90T is the only MediaTek chip to make it to AnTuTu's top mid-rangers two months in a row. It is a formidable SoC that can easily take on an equally-specced Qualcomm counterpart, something that didn't happen for a long time.

MediaTek didn't stop at making mid-range gaming SoCs. The company's Dimensity 1000 SoC is, for all practical purposes, flagship-worthy. Not only does it beat Samsung's 5G offering, but it also does it at a much lower cost. We can expect to see the Dimensity 1000 in some 2020 flagships and mid-rangers. At CES 2020, the company just unveiled another 5G-ready chip, but this time, it is exclusively for mid-rangers. Dubbed the Dimensity 800, the chip performs on par with a Qualcomm Snapdragon 765/765G, and the HiSilicon Kirin 990 5G. Let's take a look at some of its specs.

MediaTek Dimensity 800 is a 7nm Chip that Features Four Cortex A76 and Cortex A55 Cores Clocked 2.0GHz

The Dimensity 800 is manufactured on a 7nm process which has four big ARM Cortex-A76 cores clocked at up to 2GHz, paired with four little ARM Cortex-A55 cores clocked at up to 2GHz. It is rather puzzling as to why it isn't using the newer flagship ARM Cortex-A77 core. The chip supports 2-ch (2x16b) LPDDR4X support at up to 2133MHz. Moving on to the GPU, the Dimensity 800 is likely running a 4-core version of ARM’s Mali-G77. MediaTek’s HyperEngine gaming technology made its debut with the G90 series and is also on the Dimensity 800. It should, on paper, perform on par with Snapdragon 765G’s Adreno 620 GPU. No modern-day SoC is complete without a dedicated engine for ML and AI tasks. The Dimensity 800 runs MediaTek’s APU 3.0 that has four cores that can reportedly provide up to 2.4 TOPS of AI performance.

The imaging prowess of Dimensity 800 looks promising too. The chip supports up to 64MP cameras which means that it can handle a single 64MP sensor or a dual, triple or quadruple lens setup. Some of the AI-powered camera-specific features include AI autofocus, autoexposure, auto white balance, noise reduction, high dynamic range (AI HDR), and dedicated facial detection hardware. MediaTek also claims that it has the world’s first multi-frame 4K video HDR capability (video HDR). The Dimensity 800 supports Full HD+ displays with refresh rates up to 90Hz. It is rather lackluster, considering that the Snapdragon 765 supports 120Hz refresh rate displays at the same resolution.

The Chip Supports Two Carrier Aggregation and Can Hit Speeds up to 3.5Gb/s

The Dimensity 800 5G chipset supports 2CC carrier aggregation which brings over 30% wider coverage than other platforms with 1CC and no carrier aggregation. It is designed to support both SA and NSA sub-6Ghz networks, multi-mode support from 2G to 5G and Dynamic Spectrum Sharing (DSS). It also can work for services such as VoNR to deliver voice and data over 5G.

At the moment, we don't know which devices will feature the Dimensity 800. We should see a lot more of it once 5G coverage is more widespread and affordable 5G handsets are in demand. OEMs such as Oppo, Vivo, Xiaomi are likely to be the first to debut the chip in their devices.