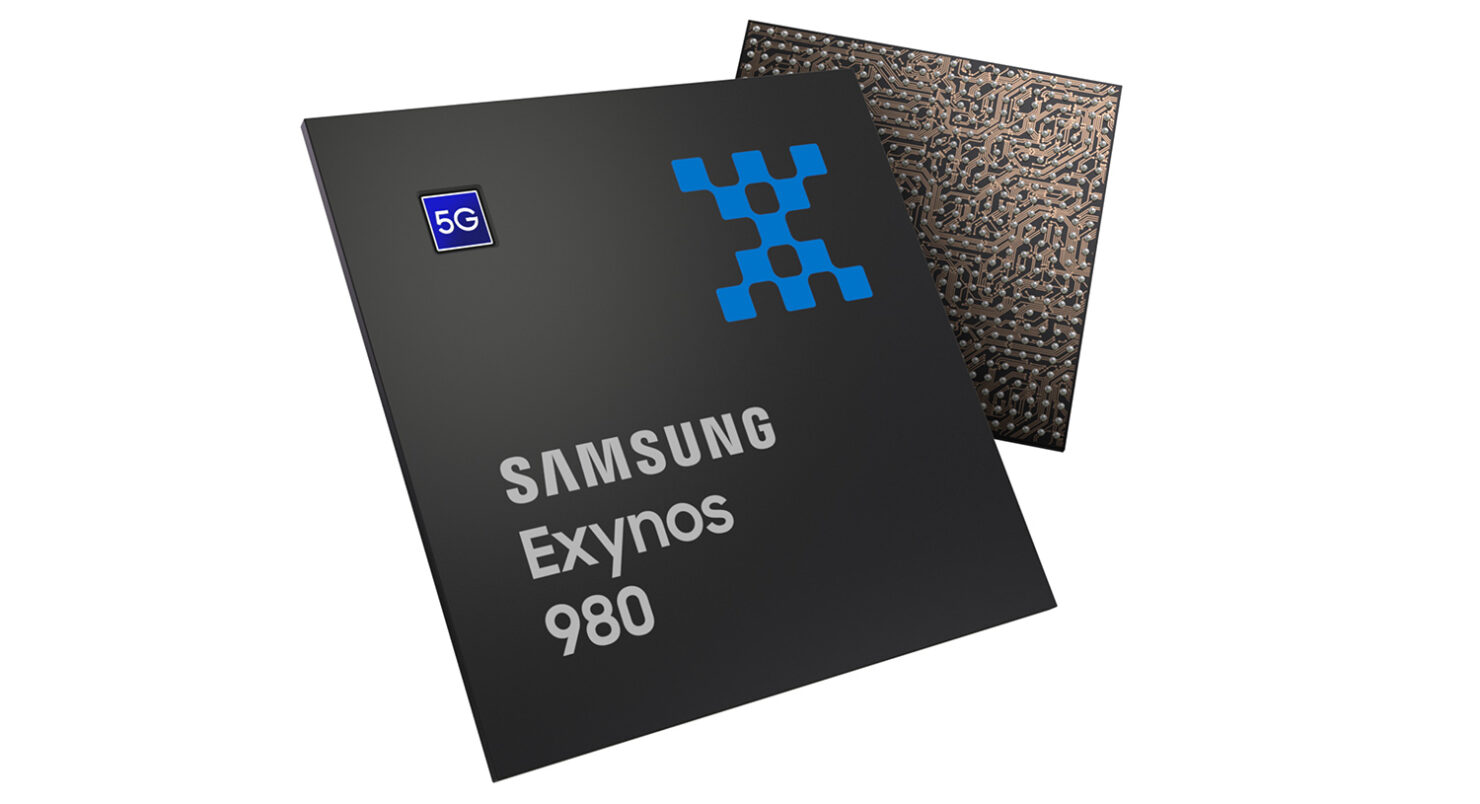 Shortly after the Exynos 9825 found in the Galaxy Note 10 and Galaxy Note 10 Plus was announced, Samsung unveils the Exynos 980. It is the Korean giant’s first-ever mobile SoC featuring an integrated 5G modem for unrivaled cellular connectivity performance. Additionally, the silicon supports a wide range of the latest and greatest wireless standards, making it ideal for several scenarios in which you have to take advantage of Wi-Fi, or cellular data. Here’s everything you need to know about the newly announced Exynos 980.

Exynos 980 Sports an Octa-Core CPU; Integrated NPU Delivers up to 2.7x the Performance of Predecessor, and Maximizing Wireless Cellular Performance Thanks to Integrated 5G Modem

The integrated 5G modem coupled with Samsung’s 8nm FinFET node makes the Exynos 980 a thoroughly efficient chipset. The powerful modem is backward compatible, supporting 2G networks, as well as delivering up to a gigabit of downlink speeds on a 4G LTE network. On a 5G network, that performance goes up to a whopping 2.55Gbps while connected to a sub-6GHz band. However, that’s not the best part, because the integrated 5G modem also supports E-UTRA-NR Dual Connectivity (EN-DC).

This combines 2CC LTE and 5G connectivity to maximize mobile downlink speeds up to an unprecedented 3.55Gbps. Aside from giving you those unmatched wireless networking speeds, the Exynos 980 supports a plethora of advanced wireless standards, such as Wi-Fi 6 and IEEE 802.11ax, which when connected to a Wi-Fi network, gives better stability during wireless streaming or online gaming. Do keep in mind that the actual speed will depend on the package you’re running from your internet service provider.

Coming to the rest of the details, the Exynos 980 features an octa-core processor, with two powerful Cortex-A77 cores running at a speed of 2.20GHz, with the remaining six Cortex-A55 cores running at 1.80GHz. The SoC also features a Mali-G76 MP5 GPU, gets up to UFS 2.1 storage and LPDDR4x support. The SoC also supports a single 108MP camera, or a dual 20MP + 20MP solution. On the display side, the Exynos 980 supports up to a 3360 x 1440 resolution.

The neural processing unit (NPU) of the chipset can deliver up to 2.7 times compared to its predecessor. Tasks that are meant to be offloaded to a server are handled by the NPU, reducing time, and improving security. The NPU also aids in giving users an intelligent camera system. Also, thanks to the Exynos 980’s multi-format codec (MFC) support, 4K UHD at 120FPS for encoding and decoding purposes is a breeze. The newly announced hardware also gets HDR10+ support for an optimum content-viewing experience.

Samsung didn’t divulge details on which device would be the first to sport the Exynos 980, but the company does state that mass production will start before the end of the year. Perhaps we can start seeing it in more affordable Galaxy A devices first. What do you think? Let us know by commenting below.