Eurogamer's Digital Foundry has put Halo 5's final build to the test in their final hands-on tech and framerate analysis. 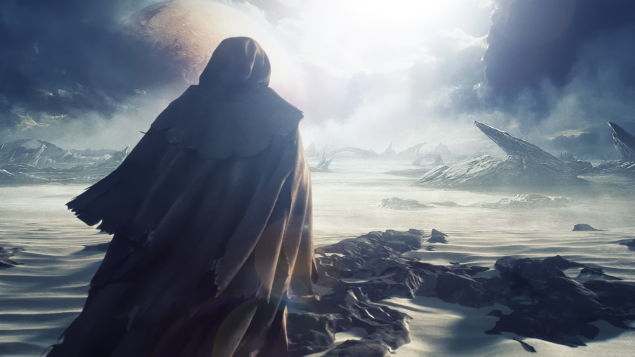 As it turns out the latest installment in the Halo series, runs at an almost solid 60 frames per second, only duping frames during loading transitions.

Developer 343i uses a new progressive resolution system that allows them to dynamically scale the resolution at which the game is rendered. The game is able to render up to 1080P based on the needs of the scene, but full 1080P seems to be a bit rare.

For Halo 5, 343 has been prioritizing on maintaining a solid 60 frames per second. 343 overhauled the Halo game engine and made important technical advances to ensure an almost solid 60FPS.

"Framerate is king for us on Halo 5. Gameplay is defined by the way that players experience the game from controller to screen. We want the connection between you and the game to feel seamless and instantaneous. From the beginning, we set ourselves the goal of delivering consistent 60fps gameplay across all modes of play. Delivering on this goal meant re-engineering the gameplay systems at the core of our engine. It required sustained commitment from the entire team as we continually optimized the experience, and the difference it makes to the play experience is immediate and obvious", 343's Josh Holmes said on the Halo Waypoint Blog a month ago.

"We’ve implemented a new physically-based rendering system that improves the realism of our lighting model and materials in game. One of the advantages of this system is the flexibility it allows in achieving a wide variety of different looks, including alien-looking materials, while remaining plausible in appearance and behavior. It has required a completely different approach to building content – everything in the game has been authored to take advantage of this new system", Holmes added

According Holmes, maintaining the standard of 60 frames per second,  has required constant focus as many situations in Halo 5 are intense and complex. "At those times, we need to maintain 60fps and give players the total experience from both a design and artistic perspective. This is where our new progressive resolution system comes into play, allowing the game to scale resolution dynamically as the experience gets more intense and complex. In much of the campaign you may be playing at 1080p, but when we want to get really crazy with vehicles, visual effects and combat we can trade some of the resolution in order to maintain the crucial 60fps. Without this system, we would need to either reduce the scale of our most intense combat encounters or lower the quality of content across the game in order to stay at 60 fps at all times. With progressive resolution, we get the best of both worlds: epic scale experiences that look incredible while running at a consistent 60fps", Holmes wrote.

Halo 5's performance has come a long way since last E3. Eurogamer then concluded that the E3 build suffered from some performance issues. Judging from the latest analysis, though, 343 seems to have fixed all of those issues accordingly.

Halo 5 launches in less than a week on October 27, for the Xbox One.