Even though barely two days are left until we get to lay our eyes on the Apple iPhone 6s, leaks surrounding the upcoming flagship devices don't seem to have any intention of stopping. Courtesy of the everlasting rumor and leak mill, we now know nearly everything there is to know about Apple's flagships - or that's what we tell ourselves before yet another latest leak occurs. Wondering what the Apple A9 powering the iPhone 6s duo will look like? Well wait no more - some alleged package shots of the A9 CPU have surfaced and you can take a look at them below. 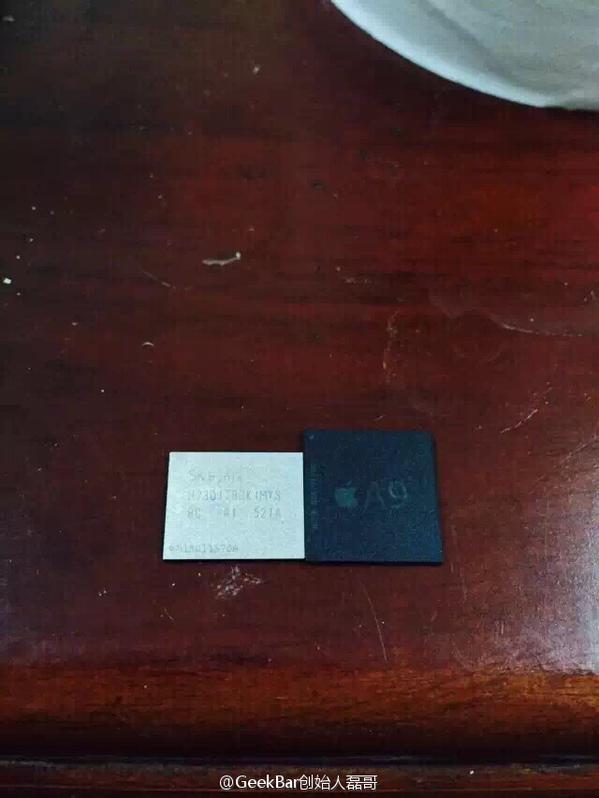 When it comes to processor specifications for the Apple iPhone 6s duo, we've seen plenty surface so far. The A9 chipset which should be powering Cuprtino's upcoming devices is expected to feature several performance and specifications upgrades over its predecessor, which should be a given despite any leaks. But when it comes to live images of the iPhone's hardware, we haven't seen any images of the A9 in particular pop up, but all that seems to change today if these images are authentic.

Since the images aren't that focused, we're having a hard time discerning any additional details about the A9. What we'd be interested in are additional details about the A9, which include the GPU, cache details, DRAM, SRAM and potential upgrades to the camera interface from Apple. Since the company did upgrade last year's A8 by adding two more GPU clusters and hence giving the iPhone 6 50% more GPU performance over its predecessor. In addition to the A9, we've also managed to get our hands on the iPhone 6s Duo's alleged flash memory, which can be seen besides the A9 in the image below. 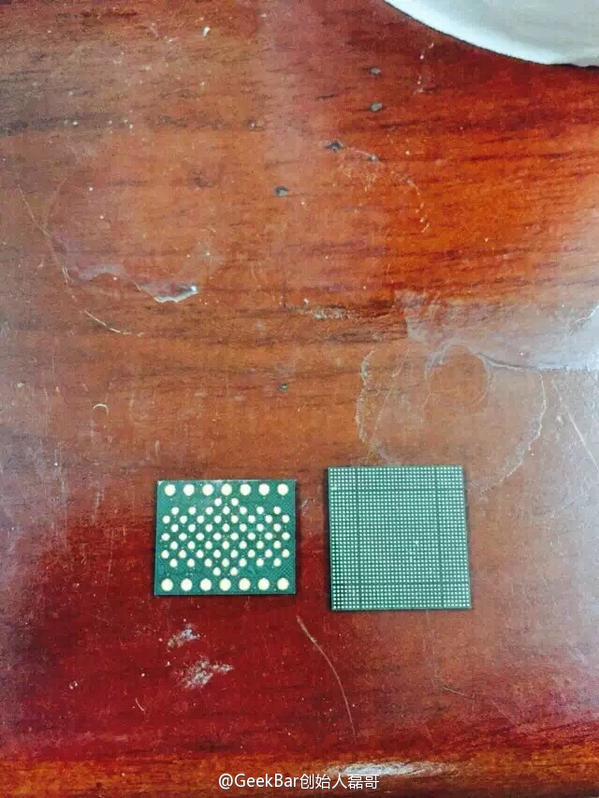 As mentioned above, the relative low quality of today's images doesn't lead us to discern any additional details about the iPhone 6s duo's flash memory either. Their source however has shared some authentic information in the past but as far as any details about performance and functionality go, today's images only manage to show us what the A9 should look like. Which really shouldn't be that hard to imagine.

But we won't have to wait long for an official confirmation from Apple as the Cupertino company is all set to launch the iPhone 6s and the iPhone 6s Plus in just two days. Apart from the A9, Apple's iPhone 6s duo is also expected to add Force Touch, bump up rear camera resolutions, give an all new color options and some more upgrades. So stay tuned for the latest and let us know what you think in the comments section below.