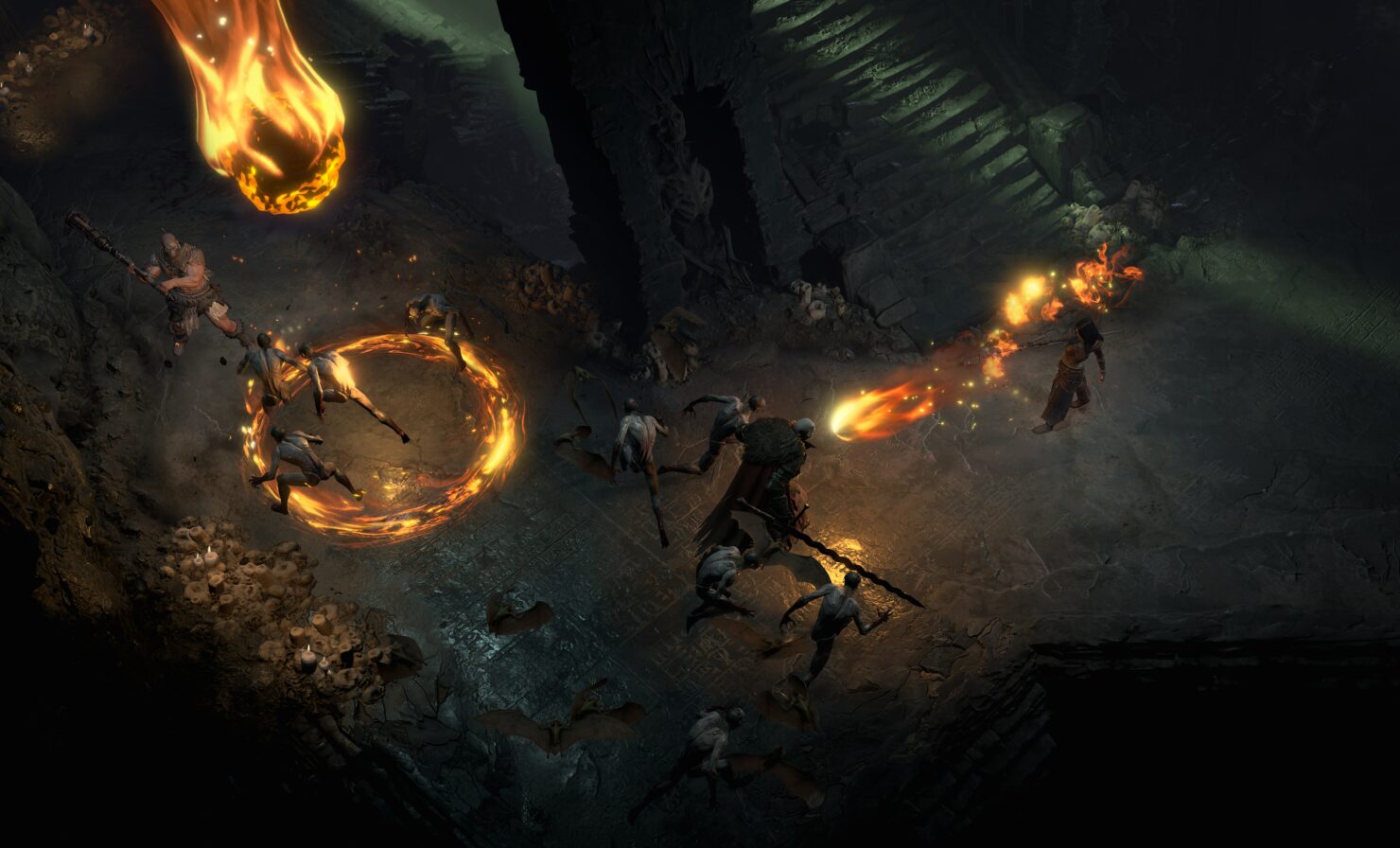 One of the most interesting topics in the new blog post might be skill slots in Diablo IV. The user interface of the Diablo IV BlizzCon 2019 demo showed locked skill slots, but luckily this UI is not final and Kim confirmed that the game will support elective mode-style skill selection. “Skill selection and assignment will always be completely open for all players”, he wrote.

Itemization is also being discussed by Kim and he confirmed that an additional post detailing itemization will follow soon. “We’re still working through all the feedback that came in regarding itemization and we’re actively discussing ways to add more depth and complexity to base items (including Rares), ways to add greater variety to item affixes to make those powers interesting and your choices meaningful, and ways to give players more freedom to choose how to customize items, so you can have fun exploring a wide range of effective gameplay possibilities instead of just looking up “the optimal build” online.”

Based on community feedback, the Diablo IV development team is making changes to Ancient Items as they don’t really serve a purpose at this point. More details will be shared in the upcoming ‘itemization-post’.

The lead systems designer also talked about Keyed Dungeons, power sources and endgame progression. For the sake of completeness, we’ve included the rest of Kim’s post down below:

We haven’t decided whether the character leveling and experience system should be finite or infinite. We’ve been discussing the pros and cons of both and would love to hear your thoughts. There seems to be some concern around infinite being worse because it will eventually overshadow all the power granted by other sources. However, we can control how much power each system gives, whether it’s infinite or finite.

Also, power increase doesn’t need to be linear throughout the ranks—it can slow down as players reach higher levels. We believe the more important question is what experience feels best for players, and we can playtest various approaches to tuning to find the power curve that makes the most sense.

We have a couple reasons for having a different experience system in addition to a level cap. A level cap gives us the ability to grant players a sense of completion. But for players who want to go deeper into the game, a second experience system allows us to capture the fun of achieving those really difficult endgame goals and ranks. We can also introduce additional depth through this system, because players will be more experienced with the game at this point. Ultimately, our goal is to create a meaningful system that provides clear choices depending on your preferred playstyle in the endgame.

The community has shared many good points on the topic of power sources and we’re reevaluating how much power comes from each source at any given time.

However, we want to clarify that in Diablo IV, power doesn’t come mostly from items. We want to have a good mix of power sources: characters naturally get stronger as they level up, skills have ranks that increase power, talents provide specific playstyle choices and additional character power, and of course items grant power and meaningful choices as well.

Something else to keep in mind is Legendary powers are just one part of an item’s power, and they won’t invalidate all other Affixes due to how powerful they are. For example, two to three normal Affixes are currently equivalent in power to a Legendary power on most items.

A big question that’s come up is exactly how Keyed Dungeons are different from Rifts. Keyed Dungeons introduce greater challenges as their tiers increase through Dungeon Affixes. The majority of dungeons are real places in the world, and players will know some information about them including what types of monsters, events, and layouts to expect. With this information, as well as the specific Dungeon Affixes being displayed on the key, players will be able to strategize their approach before going into the dungeon. We believe this is the biggest change from Diablo III Rifts: the added planning and strategizing that takes place before you decide to run a Keyed Dungeon.

Diablo IV has yet to receive a release date. The game has been confirmed for PC and current-gen consoles, but it’s likely that it will also release on the PS5 and Xbox Scarlett.