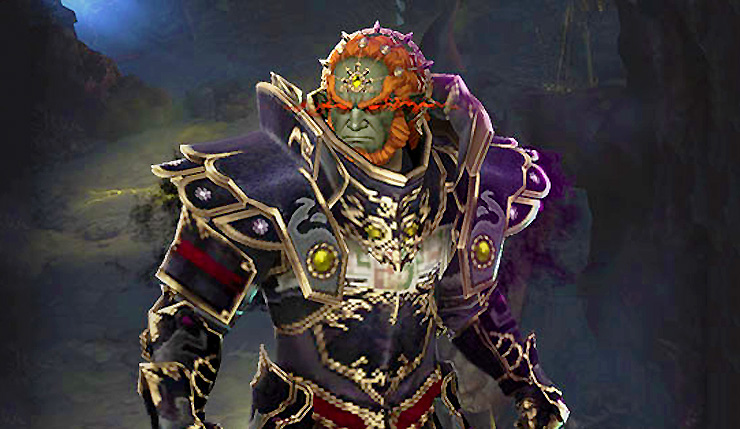 Yesterday, after months of rumor and speculation, the Nintendo Switch port of Diablo III was revealed by Forbes, who accidentally set their announcement post to go live early. Whoops! Well, Blizzard has now officially announced Diablo III Eternal Collection for Switch, which means we have a trailer (featuring Reggie Fils-Aime wackiness) and some additional details to share. Check out the trailer, below.

Looks like Diablo III to me! As revealed by Eurogamer, Diablo III for Switch will run at 720p/60fps in handheld mode and 960p/60fps in docked mode. On the subject of crossplay, the game won’t feature it at launch, but it could happen eventually per Diablo III senior producer Pete Stilwell…

"[Crossplay is] not available at this time. I wouldn't ever take anything off the table, it's something we're exploring, that we're interested in. But it is not currently a feature."

As we learned yesterday, Diablo III for Switch will pack in all the DLC released so far, as well as a host of Switch-exclusive Zelda-themed goodies including a Ganondorf armor set, which you can equip to various classes, a Tri-Force portrait frame, a cucco pet, and Echoes of the Mask cosmetic wings. The game will also support a variety of play options, including 4 local players on a single Switch, 4 players on separate Switches via wireless play, and online play with a Nintendo Switch Online subscription.

Diablo III is the first Blizzard game to hit a Nintendo console in 15 years, which begs the question – could more games from the studio be coming to Switch? According to Stilwell, Overwatch is feasible, while Starcraft II is less realistic.

“Anything is within the realm of possibility. […] If [Overwatch developer] Team 4 picks up that endeavor, that's on them. As of right now Diablo is our only focus on Switch. Yes, [Overwatch on Switch] is feasible. […] StarCraft 2 is next level requirements for how much dexterity you need with a mouse and keyboard, so I think that would have been a very difficult port. It would have [to] change the core gameplay."

If the Switch continues its momentum and Diablo III sells well, I have a feeling an Overwatch port is going to happen. What other Blizzard games would you like to see on the system? Hearthstone would be well-suited to the console, and hey, Nintendo fans like platformers – how about a Lost Vikings remaster?