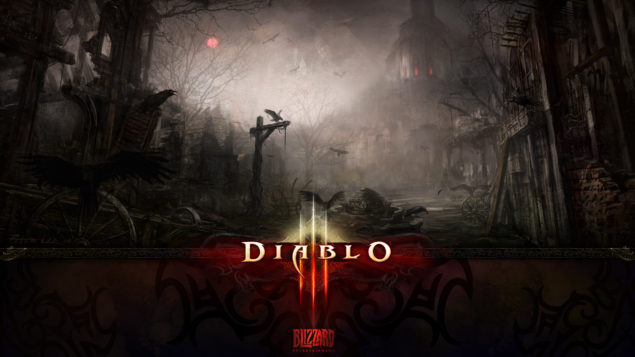 The end is nigh! Blizzard Entertainment, Inc. today announced thatDiablo® III, the next chapter in its critically acclaimed action role-playing game series, will be unleashed from the Burning Hells on May 15.

Starting that day, gamers with a thirst for fast-paced action and adventure will be able to purchaseDiablo III at retailers throughout the United States, Canada, Europe, South Korea, Southeast Asia, Australia, New Zealand, and the regions of Taiwan, Hong Kong, and Macau. In addition, gamers in the regions above as well as in Mexico, Argentina, Chile, and Brazil will be able to buy Diablo III digitally via Blizzard’s Battle.net® website.

Players in the listed Latin American countries and in Russia will be able to purchase Diablo III at local retail locations starting June 7. Digital availability for the Russian version of the game will also begin June 7. In addition to the English version, Diablo III will be fully localized into Latin American Spanish, Brazilian Portuguese, French, German, European Spanish, Italian, Polish, Russian, Korean, and Traditional Chinese.

Blizzard also kicked off global digital presales for Diablo III today. Would-be wizards, witch doctors, demon hunters, barbarians, and monks throughout the world should head tohttp://www.blizzard.com/games/d3/ now to reserve their digital copies.
“After many years of hard work by our development team and months of beta testing by hundreds of thousands of dedicated players around the world, we’re now in the homestretch,” said Mike Morhaime, CEO and cofounder of Blizzard Entertainment. “We look forward to putting the final polish on Diablo IIIover the next two months and delivering the ultimate action-RPG experience to gamers worldwide starting on May 15.”

Diablo III will be available for Windows® XP/Windows Vista®/Windows® 7 and Macintosh® at a suggested price of €59.99 for both the retail DVD-ROM version and the digital version sold directly from Blizzard. A special alabaster-white Collector’s Edition, sold exclusively in retail stores at a suggested retail price of €89.99, will include the full game on DVD-ROM, a behind-the-scenes Blu-ray/DVD two-disc set, the Diablo III soundtrack CD, a 208-page Art of Diablo III book, and a 4 GB USB soulstone (including full versions of Diablo II and Diablo II: Lord of Destruction®) and corresponding Diablo skull base, as well as exclusive in-game content for Diablo III, World of Warcraft®, and StarCraft® II: Wings of Liberty®. Diablo III has received a 16+ rating from PEGI.

In Diablo III, players take on the role of one of five heroic characters -- barbarian, witch doctor, wizard, monk, or demon hunter -- and engage in pulse-pounding combat with endless legions of evil. As they undertake an epic quest to rid Sanctuary from the corrupting forces of the Burning Hells, players will explore diverse and perilous settings, grow in experience and ability, acquire artifacts of incredible power, and meet key characters who’ll join them in battle or aid them in other ways.

Diablo III was built from the ground up to leverage the full functionality of the Battle.net platform, which delivers powerful matchmaking and communication tools, allowing adventurers to seamlessly join forces for exciting cooperative play. Battle.net also provides a secure infrastructure for the Diablo IIIauction house, a feature-rich marketplace that Sanctuary’s heroes can use to trade their hard-earned treasures. Players will be able to buy and sell weapons, armor, and other valuable items in the auction house in exchange for in-game gold. Players will also have the option to receive real-world currency for auction house sales, which they can apply to their Battle.net Balance for the purchase of a variety of digital products through Battle.net, including Diablo III auction house items, or cash out through a third-party payment service such as PayPal™ in most regions. Further details related to the auction house will be announced in the coming weeks.

For more information on Diablo III, please visit the official website at http://www.diablo3.com. To set up a Battle.net account and to opt-in to Blizzard Entertainment beta tests, please visit the official Battle.net website at http://eu.battle.net. With multiple games in development, Blizzard Entertainment has numerous positions currently available -- visit http://jobs.blizzard.com for more information and to learn how to apply.