Blizzard Entertainment decided to port its energetic and resourceful action role-playing video game to the latest PlayStation 4 and Xbox One console, and doing so, the developer recently launched the Diablo 3: Unlimited Evil Edition for all the major video game consoles except Nintendo Wii U. Packing the complete original console version of Diablo 3 that was released back in 2013, and Diablo 3: Reaper of Souls expansion pack, the new release offers complete gameplay experience to players with boosted full HD 1080p resolution, and below you can see that all of the next-gen platforms can handle this game very pleasantly. 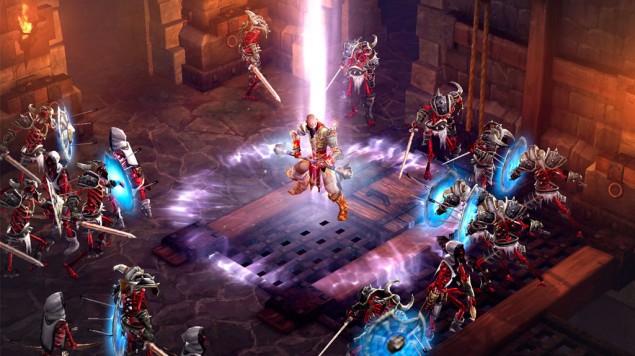 Back in 2012, Blizzard Entertainment launched Diablo 3, the third installment in its most critically acclaimed action role-playing hack and slash video game series known as Diablo, on PC. The PlayStation 3 and Xbox 360 versions of the game arrived in September 2013 before the launch of the latest consoles, and now finally, the developer has released the game on the latest PlayStation 4 and Xbox One as well as last-gen consoles in form of Diablo 3: Ultimate Evil Edition, which also includes the Diablo 3: Reaper of Souls expansion pack.

Bringing the world of Diablo to the next-gen platforms, Blizzard Entertainment made quite a lot of changes to the sequel of Diablo II, and now all these perks can be enjoyed in native 1080p resolution and almost constant 60 frames per second on the latest PlayStation 4 and Xbox One consoles. Featuring special four-player co-op mode and post-process anti-aliasing, Diablo 3: Ultimate Evil Edition offers the best Diablo experience to players on the latest consoles.

Thanks to the good folks over at Digital Foundry, we have a very helpful side-by-side video comparison of Diablo 3: Ultimate Evil Edition running on PC, PlayStation 4 and Xbox One, and before wasting any more time, lets just check out how the game looks on all the aforementioned platforms.

The side-by-side comparison videos shared above clearly shows that Diablo 3: Ultimate Evil Edition matches original PC version of the game very closely on a technical level. The game packs all the graphical elements that were present in the original game that was released two years ago on PC. Microsoft's Xbox One does shiver very slightly while running the game at full HD 1080p resolution, but PlayStation 4 handles it perfectly. Blizzard Entertainment tried to optimize Diablo 3: Ultimate Evil Edition equally for both the console and stood successful, so the game's a win on all platforms.