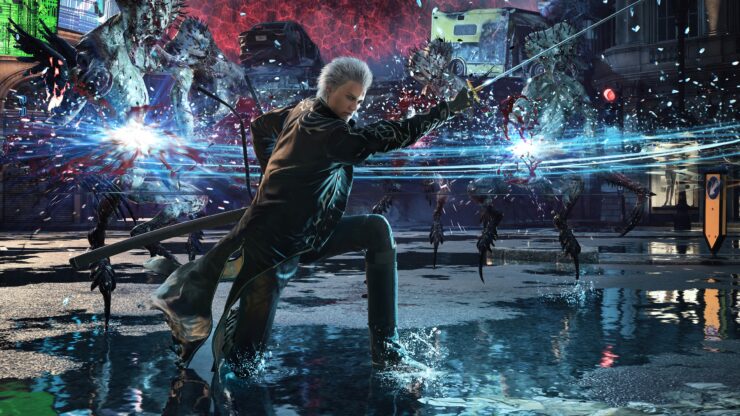 The Devil May Cry 5 Vergil DLC is now live on PC, PlayStation 4 and Xbox One, allowing players to unlock Dante's brother and longtime rival as a playable character.

The character, who made his debut in Devil May Cry 5 Special Edition on PlayStation 5, Xbox Series X and Xbox Series S, comes with a unique moveset based upon his DMC 4 Special Edition iteration. The DLC is available for purchase for $4.99/€4.99/£3.99

"Show me your motivation!"

Vergil isn't the only addition included in Devil May Cry 5 Special Edition. The PlayStation 5, Xbox Series X and Xbox Series S game also features Turbo Mode and the Legendary Dark Knight Mode, a new difficulty setting that exponentially increases the number of enemies for each encounter. With all these additions, the Special Edition is indeed the definitive edition of DMC5.