Special Editions have become a sort of tradition for the Devil May Cry series since the release of the third entry in the series. They also have one thing in common that makes them an essential purchase for all fans of the series: they make Vergil, Dante's brother and long-time rival, fully playable. And this is no different in Devil May Cry 5 Special Edition: if you're into slicing and dicing enemies with Yamato, crushing them into oblivion with the Beowulf gauntlets, pierce them with the Mirage Blades all while teleporting around to avoid their attacks, this is the game you have been waiting for.

Vergil is obviously the star of the show in Devil May Cry 5 Special Edition. Unlocked right from the start, Vergil's campaign is the same as the vanilla one, the only difference being that you play as the character for the 20 missions The vanilla campaign is also available with no change whatsoever, so you can still enjoy playing as Nero, V and Dante in their specific missions.

Vergil's campaign, unfortunately, is still as barebones as his campaigns in Devil May Cry 3 and 4 Special Edition are, as all we get is a new opening cutscene and a new ending. This time around, however, the developer did make some changes to the final boss to prevent a situation where Vergil ends up fights himself in a different costume, a change that is quite welcome, as the new final boss fight is just as good as the regular one.

Vergil's moveset, weapons - Yamato, Beowulf and a spectral version of the Force Edge called Mirage Edge - the and unique mechanic, Concentration, a special gauge that fills up when the character is close to the enemy, increasing his power, are based upon his Devil May Cry 4 Special Edition ones, and they flow as nicely as they did in the previous entry in the series. Not only Vergil retains all the skills seen in his previous iterations, but he also gains some new ones, including a few extremely powerful ones that are integrated with both the Concentration gauge and the Sin Devil Trigger form, which acts as the only Devil Trigger available for the character. The regular Devil Trigger gauge is used to unleash a Doppelganger, the same one that Vergil unleashes in the final battle in the regular campaign.

With all these tools at his disposal, Vergil is extremely powerful. He always felt a tad overpowered in his previous appearances, but in Devil May Cry 5 Special Edition, he truly is above all the other playable characters, so much that any competent player can utterly obliterate any of the bosses at the Devil Hunter difficulty level, making the player feel like he or she is indeed playing as the final boss.

Together with the inclusion of Vergil as a playable character, Devil May Cry 5 Special Edition also features a new difficulty setting called Legendary Dark Knight mode. This mode, which made its debut in the original PC release of Devil May Cry 4, increases the number of enemies for each encounter exponentially, forcing players to approach each encounter in a very different way than usual. This is a challenging mode that is not on the level of the Dante Must Die or Hell and Hell modes, but it gets close enough, especially if the player hasn't unlocked all skills and upgraded Vitality and Devil Trigger to the maximum.

Devil May Cry 5 Special Edition also introduces visual and performance improvements over the previous-gen versions. Alongside a nice resolution increase over the original PlayStation 4 and Xbox One releases, the game also introduces ray tracing support that improves lighting in certain scenarios and adds reflections, but at a performance cost above 1080p resolution that is not worth paying. While performance is stable enough during exploration on PlayStation 5, the frame rate is noticeably unstable during combat with ray tracing on, and for a high-speed game like Devil May Cry 5 Special Edition, this is a huge problem. If you want to enjoy all of the high-speed action with ray tracing features, you have no other choice than playing the game at 1080p. Ray tracing is obviously not available as an option in the 120Hz mode.

The PlayStation 5 version of the game also supports the DualSense controller's adaptive triggers and haptic feedback. The adaptive triggers support is limited to the L2 Button when playing as Nero, simulating the Red Queen's trigger when charging up Exceed, a nice little touch that further sets the character apart from all the others. Haptic feedback, on the other hand, is used to make the player actually feel the different attacks and skills of all characters: air launching attacks, for example, are accompanied by a horizontally moving vibration, gauntlet attacks and Royal Guard parries by a stronger than usual, focused vibration that simulates the feel of impact and so on. While definitely minor, these additions improve immersion considerably and make combat feel even more exciting.

Devil May Cry 5 Special Edition may not be the best showcase of the capabilities of the new consoles, but it's undoubtedly a character action game that all fans of the genre should experience. Those who never played the original or are massive Devil May Cry fans have every reason to get the game, while those who simply enjoyed the original game, and haven't gone crazy for it, may want to just get Vergil as DLC when it launches in mid-December: he is clearly the star of the show here, and he will be just as powerful on previous-gen consoles and PC even without ray tracing and DualSense support. 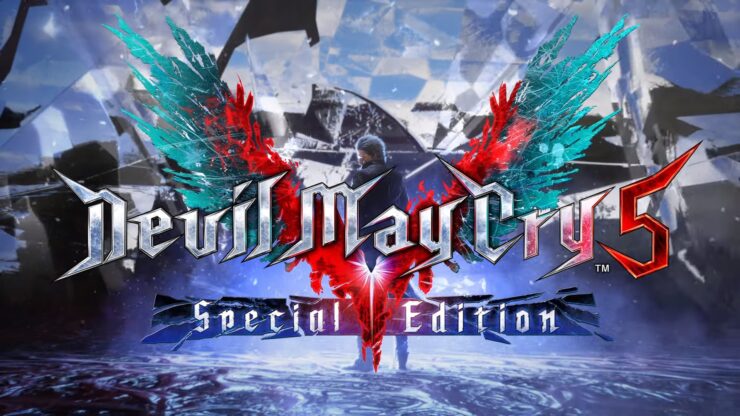