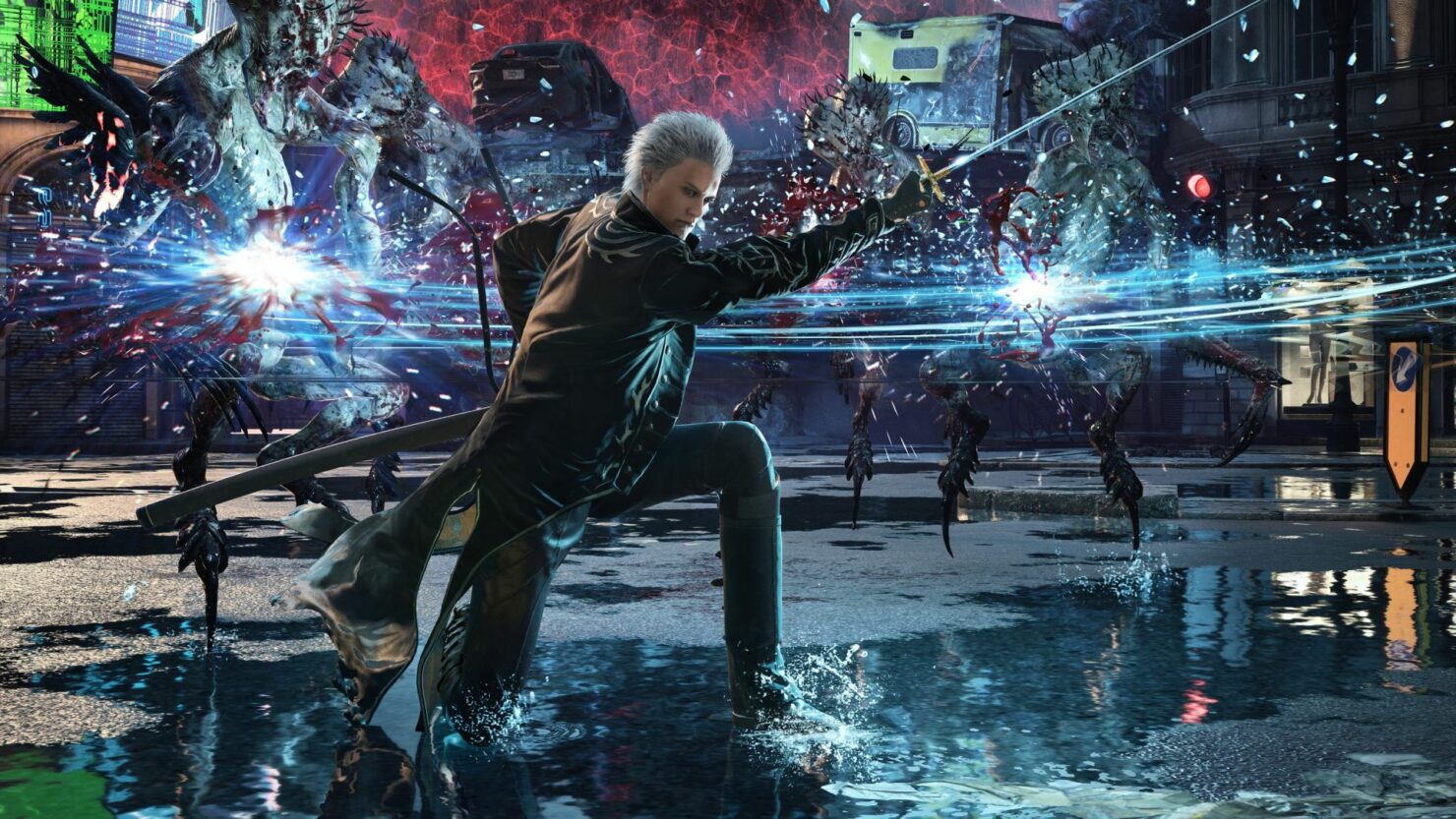 The new footage, which has been shown on the latest episode of ReAL eSports News, shows Vergil using the Beowulf weapon for the first time. The moveset seems to have been heavily inspired by the one seen in Devil May Cry 4: Special Edition. The video also seems to confirm that the Force Edge weapon will be in, as there is a very short sequence that shows weapon switching.

On the latest episode of ReAL eSports News, a short clip of Vergil gameplay was shown as a teaser for the next episode. The clip features Beowulf gameplay and seems to show a Spectral Force Edge (?) when weapon switching.

Vergil will be among the new features included in the Devil May Cry 5: Special Edition, but the character will not stay exclusive to this version of the game for long, as he will be made available for the PC, PlayStation 4, and Xbox One versions as paid DLC on December 15th. The Legendary Dark Knight difficulty, Turbo Mode, and ray tracing support will remain exclusive to PlayStation 5 and Xbox Series X.

Last month, Capcom also confirmed that Devil May Cry 5: Special Edition can run up to 120 FPS with ray tracing turned off.

I know there’s been concerns circulating across different threads with respect to resolution and frame rate for XSX and PS5.

Having checked with our DMC hype man Matt Walker, I can confirm that DMC5:SE will support 4K@60fps when RT is turned off.

Devil May Cry 5: Special Edition will be available at launch on PlayStation 5 and Xbox Series X | S this month.