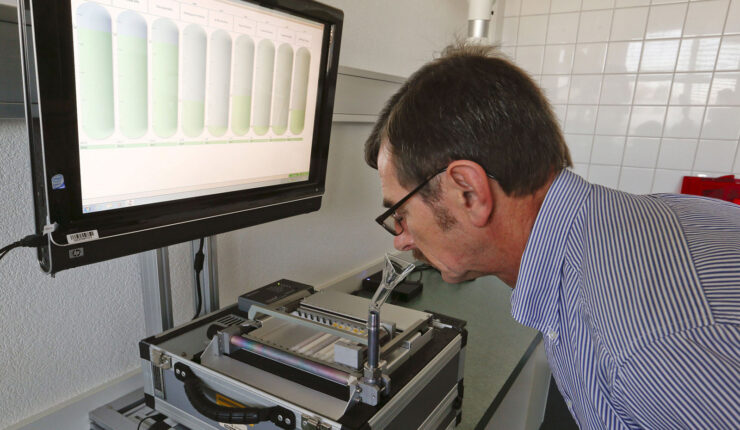 Our ancestors were pretty smart people. They did things and believed things that we found strange but many of these beliefs proved to have a certain science involved. According to ancient Green physicians a person’s breath was strong indicator of his/her health and this was only proven only very recently by researchers at the Israel Institute of Technology. The researchers were successful in using nanoparticles to identify 17 diseases including lung cancer and Parkinson’s disease. A simple breath test is involved which can help catch signs of diseases in their earlier stages.

The device and the breath test are not yet  advance enough for real-life clinical cases but it seems pretty promising as a non-invasive test for various diseases. For their research, the team took samples from more than 1400 patients. With the help of the breath samples from the patients they were able to identify 13 chemicals that were present in 8 types of cancers, Parkinson’s disease, Crohn’s disease, pulmonary hypertension and some other types of diseases. These volatile organic compounds were found to be present in different amounts according to the disease. . "These odor signatures are what enables us to identify the diseases using the technology that we developed," says research lead Prof. Hossam Haick.

To detect the presence and to determine the ratio of these chemicals an ‘artificially intelligent nanoarray’ was made. This was referred to as the ‘Na-Nose’. Very cute name, if I must add. This Na-nose used special sensors for detection. One was made from a network of carbon nanotubes another was made from gold nanoparticles. The data detected from these sensors is then further analyzed by an AI system. This AI system was specially designed to take into account factors like age, gender etc. and has an accuracy of about 86% when it comes to detecting an ailment.

This percentage is still not enough for clinical use. However, after further research, it is possible that this machine can be used on a regular basis to detect diseases in the early stages. According to Haick, “For example, in the case of lung cancer we can increase the survival rate from 10 to 70 percent by early diagnosis.” The machine can even help in recognizing people who are more susceptible than others for certain conditions. Haick further added, “It is available without the need for invasive and unpleasant procedures, it's not dangerous, and you can sample it again and again if necessary."

Well there is no doubt in the fact that detection of diseases just by breath test can simplify a lot of problems and a lot of complications can be avoided. So let’s see what becomes of this piece of tech.