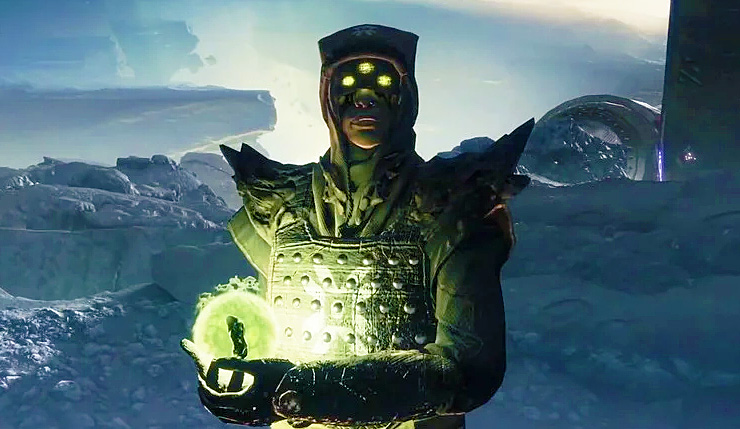 Destiny 2’s fourth major expansion, Shadowkeep, drops next month, and as with the previous expansion Forsaken, Bungie is spreading the new content across several “seasons.” The first of these is Season of the Undying, and Bungie has released a hand-dandy roadmap of all the content it will contain, including a fresh raid, PvP mode, exotic quests, and the all-new Vex Offensive activity. This all kicks off shortly after the launch of Shadowkeep in October, with content dropping until late November. You can check out the full roadmap below (click the image for full resolution). 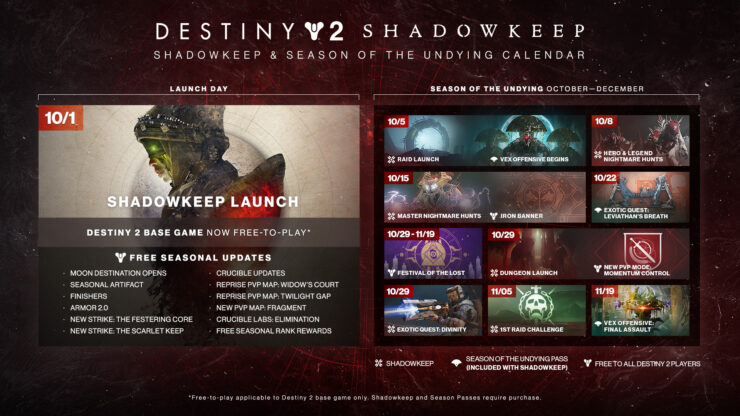 In their latest blog, Bungie also detailed some of the general changes coming to Destiny 2 with the launch of Shadowkeep. Most of the game’s weapons are receiving pretty significant buffs in preparation for the Vex Offensive, and weapon mods will be reusable rather than being consumable. Haven’t been keeping up with the latest Destiny 2 news? Here’s a quick rundown on what Shadowkeep’s all about:

As the heroes of the last safe city turned their attention to frontiers beyond the protection of the Vanguard, new Nightmares have emerged from the shadows of our long-forgotten Moon. Called forth by the haunting visions from her tormented past, Eris Morn has returned and unleashed something that once slumbered beneath the lunar surface – a long dormant power even she cannot control. Return to the Moon. Journey deep into a mysterious enemy citadel. Help Eris slay these nightmares before they reach out beyond the Moon to cast humanity back into an age of darkness.

Destiny 2: Shadowkeep comes in a variety of editions. You can choose from the $35 standard edition, the $60 Digital Deluxe Edition that adds the expansion’s four season passes, or a $150 Collector’s Edition (get more details on that, right here).

Destiny 2 is available on PC, Xbox One, and PS4. Shadowkeep launches on October 1.