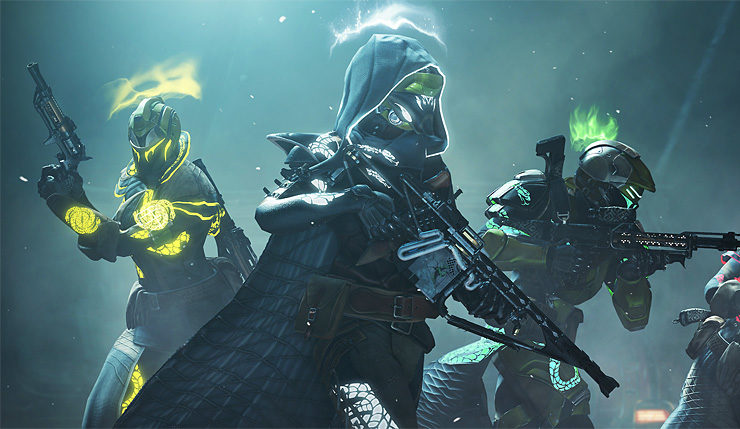 Since splitting from Activision Blizzard earlier this year, Bungie has been supporting Destiny 2 with a series of seasonal updates, but what comes after that? Well, Destiny 2’s next big Forsaken-level expansion, entitled Shadowkeep, has been outed by dataminers digging around in the game’s latest update. Here’s the telltale image they found hiding in the files…

The next chapter in the Destiny experience will arrive this fall as terrifying shadows descend upon a forgotten moon. Return to the lunar surface. Journey deep into a mysterious enemy citadel. Become a slayer of nightmares.

Sounds promising! I’ve always wanted to be a slayer of nightmares. We’ll learn more soon, as Bungie has a big Destiny 2 livestream slated for tomorrow at 10am PT.

In other news, those pesky Destiny 2 dataminers have also found evidence that cross saves are likely coming to the game, allowing players to start a save on PC and transfer to a console, or vice-versa. Reliable Kotaku insider Jason Schreier confirms he’s also heard cross saves are in the works, but that Sony and the PS4 might not be on board.

Schreier has also heard from multiple sources that Destiny 2 will be one of several games announced for Google’s new Stadia game streaming service tomorrow (Ghost Recon Breakpoint is also coming to the platform, apparently). Destiny 2 will definitely be a big test for Stadia, as it’s complex multiplayer shooter than needs to be pretty responsive. If Destiny 2 can work on Stadia, I think a lot of eyes will be opened. Google will be holding their big Stadia Connect show tomorrow at 9am PT, so it’s going to be a big day of announcements for Destiny fans.

Any Destiny players out there? Are you looking forward to more Shadowkeep info? What are your thoughts on cross saves and Stadia?