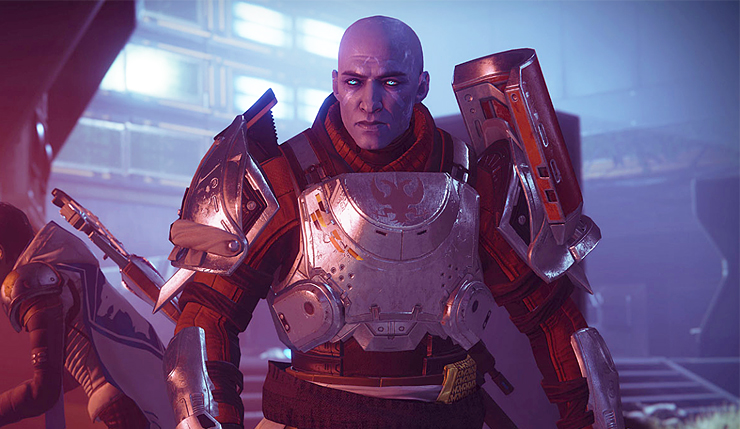 Destiny 2’s “Season of the Worthy” kicks off next week, and Bungie has released a new trailer and detailed what players can expect. The Cabal superweapon The Almighty has been disabled, but now it’s plummeting directly towards the Last City, and it’s up to you to stop it. In addition to the new story missions, the season also brings back the much-loved Trials of Osiris PvP mode and includes your usual assortment of weapons and a new Season Pass to work through. Check out the Season of the Worthy trailer, below.

Here’s a quick rundown of what to expect from Season of the Worthy:

Save the Last City

With the Sundial freed from the clutches of the Red Legion, one escaped Psion Flayer enacts a desperate ploy for revenge against the Last City. Guardians of the Light must set aside old differences to band together with unlikely allies and save the City from total destruction.

The Cult of Osiris seeks Guardians with flawless execution and incomparable teamwork. Is the challenge of a perfect victory too daunting or does your fireteam have the edge to reign? Exclusive rewards await those who never lose.

Much of the new seasonal content is free, although some of it requires you to buy the $10 Season of the Worthy pass. You can check out a breakdown of the season’s free and paid content, and a roadmap detailing when everything will arrive below (click the image for full resolution). 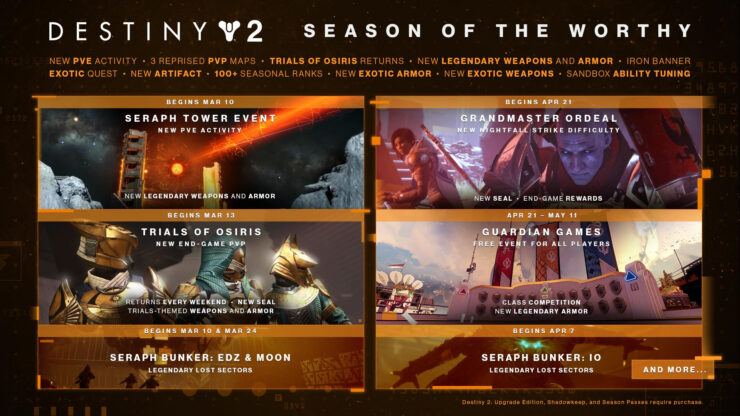 Destiny 2: Shadowkeep is available now on PC, Xbox One, and PS4. The Season of the Worthy will kick off next Tuesday (March 10).