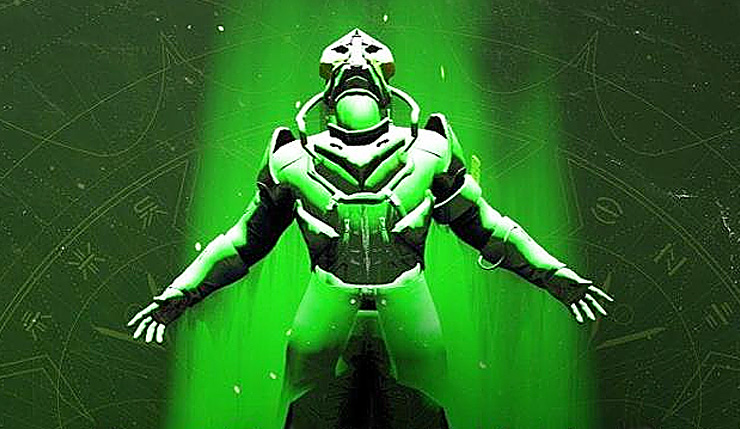 Destiny 2 Season 11 drops tomorrow (June 9), but we haven’t heard anything official about what this season might entail. We haven’t even been given a name! Well, thankfully, an accidental PlayStation Store listing has revealed a few details about Season 11, which will be named “Season of Arrivals.” Check out the leaked PS Store page, below.

Destiny 2's next season will be "Season of Arrival."

So, what else can we glean from this leak? Well, “Arrivals” implies some new or returning alien races will be showing up to make life interesting. The pattern in the background of the image includes Hive symbols, and Bungie previously hinted Season 11 will see players exploring some sort of snowy landscape – that might indicate that the Frozen Hive from Destiny 2: Warmind might be showing up to cause trouble again. Of course, more than one group could very well be popping up (it’s Season of Arrivals, plural, after all). I guess we’ll just have to wait until tomorrow to find out.

In other Destiny 2 news, the game recently held it’s first in-game live event, as players got to watch Rasputin attack and destroy the Cabal super weapon The Almighty in real time. It will be interesting to see how exactly these explosive events set up Season of Arrivals. You can watch the demise of The Almighty for yourself, below.

Here’s what happened during the first #Destiny2 live event - Rasputin vs the Almighty - which concluded 90 minutes after reset: pic.twitter.com/18URCAVYhX

Destiny 2: Shadowkeep is available now on PC, Xbox One, PS4, and Stadia. In addition to launching Season of Arrivals, Bungie also will be hosting a digital event on June 9, which will detail the future of Destiny 2, including their next big fall update.