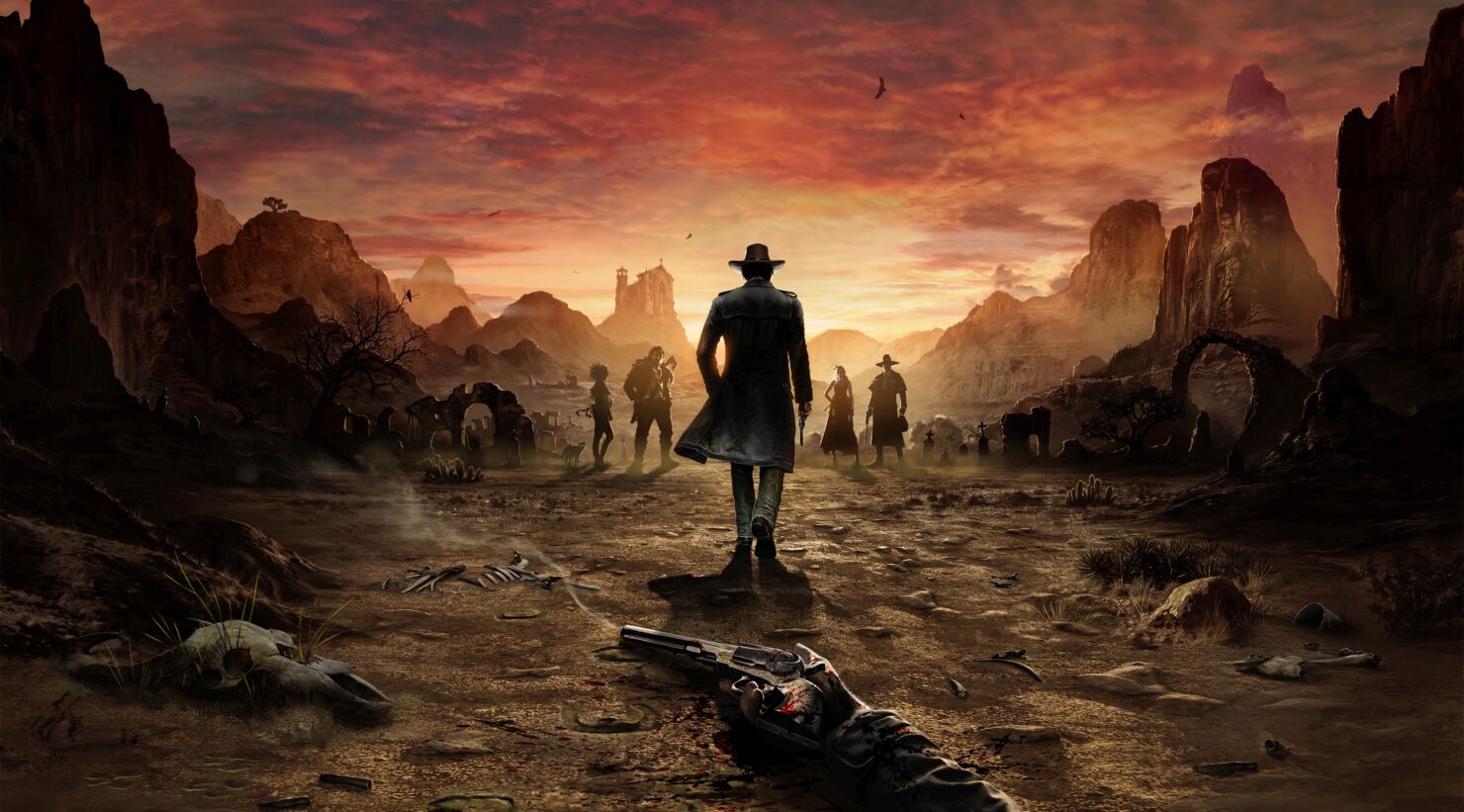 Nearly two years ago I reviewed Shadow Tactics: Blades of the Shogun by Mimimi Productions and loved it. It was even in my top strategy games of 2016, as well as being my biggest surprise of the year. Since then, Mimimi has been a team to keep an eye on. Knowing how good they did with Shadow Tactics, the news that they're working on Desperados III couldn't have made me happier.

Having had the chance to see Desperados III in action at Gamescom, I couldn't help but be happy. This is a return to old grounds but with some enhanced trappings. A Shadow Tactics spaghetti western, with a dash of Hitman, if you please.

The presentation I was shown of Desperados III covered one level using two of the five games characters: Cooper and Hector. Much like with Shadow Tactics, Desperados III looks to be taking on a generally more stylistic approach aesthetically. This I can't complain about, Shadow Tactics was simply beautiful and this looks to continue that trend. Naturally, the setting being in the Wild West doesn't allow for a wider colour palette, but what is there still has a great attention to detail.

Where Mimimi looks to have excelled is having you think about using a combination of these characters. For example, you'll want to use Cooper to whistle and lure an enemy around a corner, right into the huge bear trap that Hector set. That, or you can lure an enemy, circle around something that offers you cover and throw your knife right into their back.

It uses the same visual and audio detection system as standard for the genre. The enemy line of sight is divided into a core and a secondary area. In the core area, you'll be seen regardless of your stance unless hiding in some shrubbery or behind something. The secondary area, you can simply crouch and move to avoid being seen. Any actions you take will also have a level of sound they emit, which is clearly marked with a circle around the area. Of course, this can be used to your advantage to lure others away.

What will undoubtedly help the game is the fact that Mimimi looks to have put a high level of detail into the missions. Normally in a tactical game like this, you would find yourself challenged more by the path you have taken to the target, not necessarily how you take the target out. Desperados III looks to have a dash of Hitman here. I was told about how you'll have more freedom to use the environment and setting to your advantage.

For example, rather than having to disguise yourself, it's perfectly natural for a cowboy to be roaming around a Wild West town. Strolling into town, whomever the enemy happens to be wont immediately start shooting at you. You'll have the chance to roam around civilian areas, explore. Of course, some areas are off-limits, that'll be where you have to really think about your approach.

What really impressed me and lets the title stand out from other games in the genre is that killing an enemy doesn't completely penalise you. So long as you don't make yourself look suspicious, you're not going to find yourself getting accosted. Make an enemy death look like an accident and you just so happen to look like an onlooker, if you're spotted at all, who knows what you're in town for?

It's the exploration that will be really rewarded. If you think about the better Hitman titles, exploring the area and listening to people unlocked new ways to dispatch of your target. Maybe you'd learn about an allergy, a loose statue, anything. Well, here I was shown or told about ways to dispatch of people using their love of a scotch, angering a cow, dropping a sign on their head or even pushing a whole wall on them. The possibilities are considerably more open than previous Desperados titles and it makes for a much more replayable title.

In the gameplay I was shown, you were already given multiple options to kill the few targets in the town. For the purposes of the demo, I was only shown the death of one target - the owner of the town's brothel. You learn she frequently heads to grab some whisky and there just so happens to be a bottle of Laudanum laying around - of which you put so much in that it's toxic.

Naturally, if you want to take a more subtle and stealth approach, you'll sneak into the brothel somehow. However, it's guarded. So finding a way in is difficult enough. Eventually, you'll sneak around the back using both characters to distract and dispatch of people however you need, climb up and jump across to a balcony, sneak in and grab the Laudanum. Then you just need to get to the whisky and poison that, which just so happens to be an easy enough job. Just make sure you keep the bodies hidden because if it doesn't look like an accident, reinforcements will come out in force.

What I was told is that there will be between ten to fifteen levels in total. Each of these will offer their own diverse paths, likely fuelled by the fact there will be five unique characters to control. There are plans to 'add a cool mode for replaying the missions'. I was told that a single run could offer an estimated 25 hours of gameplay. Knowing this, I can't help but think that Desperados III is on the path to success. Particularly so when I think of the developers last title and how they have already expanded on it.

Two years ago I made it abundantly clear that I'm a fan of tactical games. Desperados III looks to improve on Mimimi's previous outing with Shadow Tactics and revive what was a fairly strong tactical series. Coopers Revenge and Helldorado did let the first game down, but this outing looks like it could genuinely bring the series back to the forefront of the genre. It's slated for release on the PC, PlayStation and Xbox One in summer 2019.