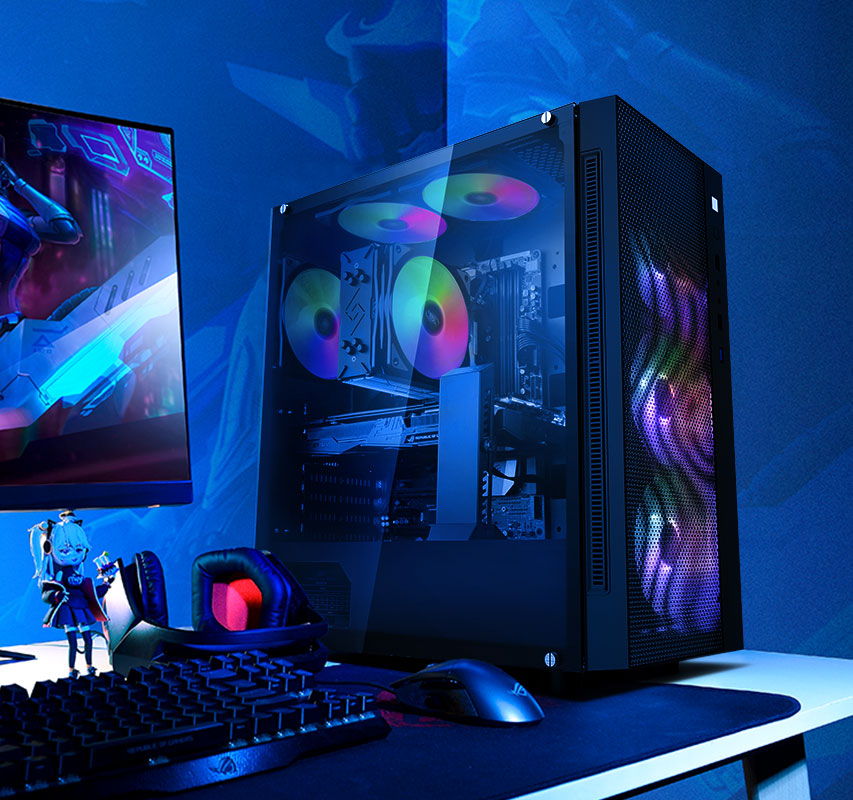 DeepCool has introduced the MATREXX 55 MESH 4F chassis, which provides an update to their previous MATREXX 55 chassis which was released back in 2018. Instead of the glass front of the 2018 MATREXX 55, this version utilizes a mesh front panel to offer superb cooling capabilities out of the box with its four pre-installed addressable RGB fans.

The four pre-installed fans, in this case, are connected to the case's fan control module which draws power directly from the power supply using a SATA connector, instead of through the motherboard. The fan's addressable RGB connectors are connected to a built-in ARGB controller. Hence, the fans also support motherboard control and sync technologies from the +5V RGB header.

While DeepCool may have removed the tempered glass panel on the front of the case, the side glass panel has stayed with this refreshed version. The four mm thick tempered glass panel gives a clear view of the interior while a PSU shroud is added to help keep cables hidden. This case offers support for up to 360 mm radiator at the front, up to 280 mm radiator on the top, and 120 mm radiators at the rear. This case offers support for up to six 120 mm cooling fans. For easier cable management, this case provides up to 23 mm of clearance behind the motherboard panel.

With the mesh front, this case allows for optimized airflow, for massive cooling compatibility. This optimizes airflow is guaranteed with large air intakes on both sides of the front panel and an air exhaust in the back, and on the top, this keeps your components cool. There is a magnet-mounted dust filter provided at the front panel, offers users easy removal and cleaning, on the front panel there is a total of three USB ports, one being USB 3.0 and two ports being USB 2.0. Alongside the USB ports, there is a 3.5" headphone port along with a 3.5" microphone port.