Death Stranding Reveal of Some Form Being Teased for Tomorrow 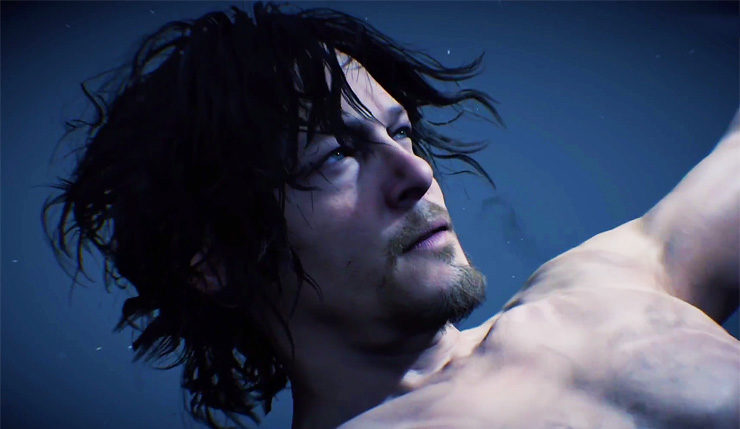 Eager to know more about Hideo Kojima’s Death Stranding? Of course you are, and it seems we may learn more about the anticipated game tomorrow (May 29). The official PlayStation Twitch account has begun streaming a mysterious looping video, featuring various handprints, through which glimpses of Death Stranding gameplay can be glimpsed. If you wait long enough, a distorted woman’s voice can be heard saying things like “we need to come together”. Check it out, below.

What’s it all mean? I won’t even venture a guess, but we may find out tomorrow. The Twitch stream is accompanied by the words “Tomorrow is in Your Hands,” which seems like it may be the game’s tagline, but could also hint that a big reveal is coming tomorrow. Voice actor Tommie Earl Jenkins has outright said something is happening tomorrow.

Kojima himself has posted his own hype video.

So far, this short story synopsis is all the concrete information we have about Death Stranding...

Sam Bridges must brave a world utterly transformed by the Death Stranding. Carrying the stranded remnants of the future in his hands, Sam embarks on a journey to reunite the shattered world one step at a time. What is the mystery of the Death Stranding? What will Sam discover on the road ahead? A genre defining gameplay experience holds these answers and more.

So, what exactly is happening tomorrow? Based on the teases, I have a feeling we’re getting a new story trailer and possibly a release date. Maybe we’ll even get some gameplay footage? Some people are wildly speculating that Death Stranding may be surprise-released tomorrow, but that seems exceptionally unlikely. But hey, expect the unexpected when Kojima is involved.

We’ll keep you updated if any new info emerges between now and tomorrow. What do you think all the teasing is about?