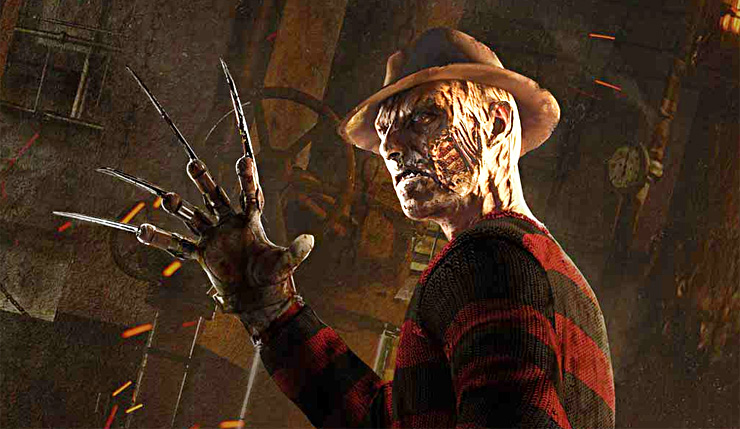 Well, with Halloween looming, Dead by Daylight has deployed the big guns, adding the only horror movie villain more popular than Jason – Freddy Krueger. You can catch a brief look at Freddy in action, below.

Dead by Daylight’s A Nightmare on Elm Street chapter includes Freddy, new survivor Quentin Smith (based on the protagonist of the 2010 Elm Street reboot), and the Badham Preschool map. As with all Dead by Daylight killers, Freddy comes with his own set of unique perks:

This most recent horrid ghoul seems to bridge the gap between the states of being awake or asleep. Freddy will instill fear in you, and it doesn’t matter if you’re awake or asleep. He and his claw clad hand will find you — so keep running.

Dead by Daylight’s A Nightmare on Elm Street chapter is currently available on PC for $7. The DLC will hit the Xbox One and PS4 versions of the game in the coming months.

Are you excited to slip into Freddy’s striped shirt and fedora? Or are you a Friday the 13th loyalist?