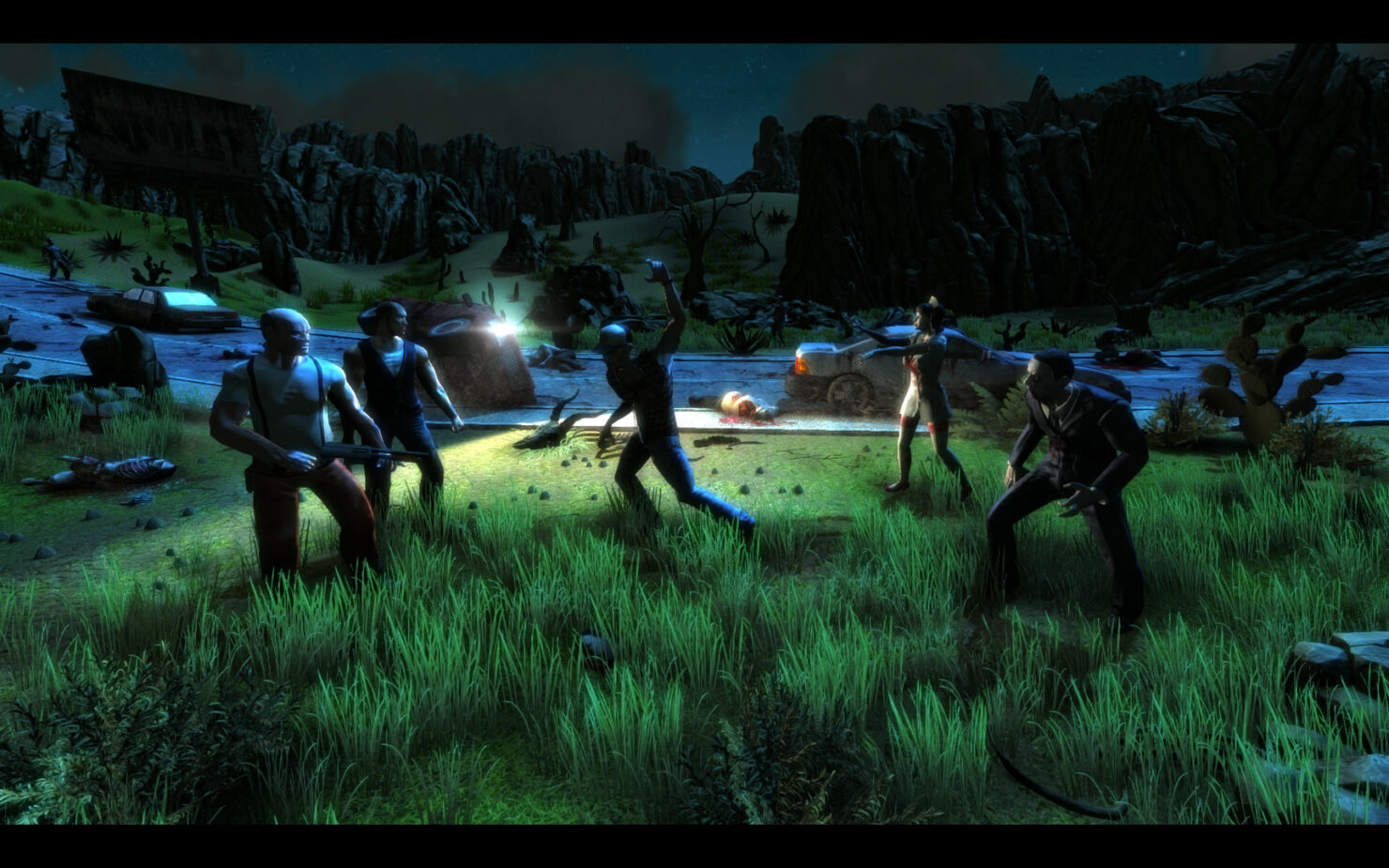 You play as a group of survivors during the zombie apocalypse. The only way your people are going to make it is by building and securing a camp. You'll need to venture out into the world to scavenge for food and supplies. Too bad the undead horde and violent looters won't make it easy for you.

Dead Age refers to its gameplay as 'Final Fantasy'-style turn-based combat which means it's inspired by the combat of classic JRPGs. Expect to use the typical zombie apocalypse arsenal of blunt weapons to firearms to traps. Permanent death adds an element of tension since once you get someone killed they are gone forever, and each new playthrough offers random missions and survivors to meet.

Just after the zombie outbreak you were fortunate enough to join a group of survivors and hole up in their camp. But that doesn't set you out of danger! Food supplies are running low, injured survivors must be tended  to and materials need to be scavenged to keep the camp intact. The zombie threat increases steadily and gangs of hostile survivors keep you on the defensive.

You can choose to be a hero and save more survivors, or let them die to stock up on supplies. You can build romance relationships with other survivors or start rivalries that may have disastrous chain reactions.

Dead Age's non-linear story, which is delivered to through these slick looking motion-comics, should provide plenty of choices with dire in-game consequences. Daily events offer new challenges and dangers to your camp, but if you live long enough you may unlock one of the game's six endings.

Dead Age hits Steam on November 4th. You can pick it up on Early Access right now for $14.99.