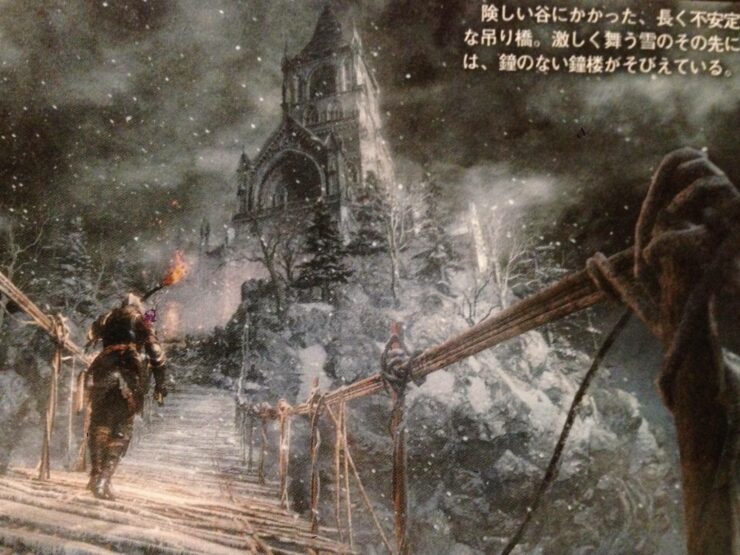 [Update]  A new trailer for the Ashes of Ariandel trailer has been made available today, you can check it out right below.

[Original Story] Yesterday, the first details regarding the upcoming Dark Souls 3 DLC pack, officially names Ashes of Ariandel, have emerged online, such as the fact that it will include new enemies, new weapons and more. Today, we are able to check out more of the DLC new content thanks to some brand new screenshots.

The new screenshots, which have been taken from a recently released Japanese magazine, showcase some of the new locations, enemies, weapons and more. You can check them out right below.

Yesterday it's also been confirmed that Dark Souls 3 Ashes of Ariandel will launch on October 25th in North America and Europe. Among the confirmed content for the new Dark Souls 3 DLC will be a PvP map called Immortal Competition, something that should make those who enjoy dueling others in Dark Souls 3 quite happy. Additional details have yet to emerge, but more on the matter should be coming in soon.

Dark Souls 3 Ashes of Ariandel is only the first of the two DLC packs planned for the popular action role playing game developed by From Software. The second one has yet to be detailed, but we probably won't hear more about it until we get closer to its release date, which is currently planned for early 2017.

Dark Souls 3 is now available in all regions on PC, PlayStation 4 and Xbox One. The Ashes of Ariandel DLC will launch on October 25th on all formats. We will keep you updated on the additional pack as soon as more comes in on it, so stay tuned for all the latest news.