With Dark Souls 3 getting closer and closer to its Japanese release date, it's not surprising to see From Software showing more of the game in the past few days. Earlier today some new Dark Souls 3 gameplay footage has been shown by the publisher in a new livestream, footage that included something we have never seen before. 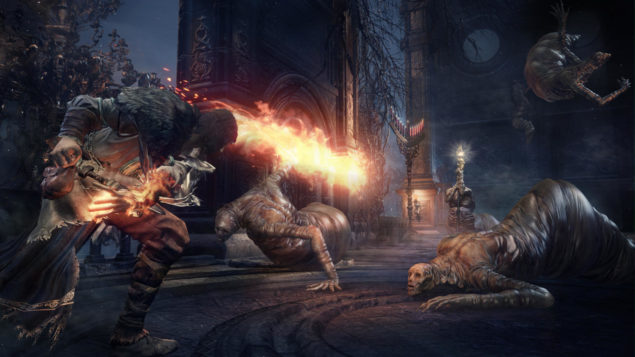 Today's From Software livestream was mostly focused on the original Dark Soul, with Japanese actress Hitomi Haruna playing the game for the first time. Some Dark Souls 3 gameplay sequences have also been shown at the end of the livestream, showcasing the High Wall of Lothric and revealing more on the game's Battle Arts. A few new Battle Arts have also been shown, like a new powerful Axe Battle Art and others. You can check out footage from the livestream right below.

Two days ago the full Darks Souls 3 opening cinematic has been shared online, revealing more on where and when the game will take place.

More Dark Souls 3 gameplay footage has emerged online last week. The footage, which also includes a brand new boss, was recorded during a special Japanese event which allowed players to check out the game before release.

Dark Souls 3 promises to be the best entry of the Dark Souls franchise thanks to new features and enhancements such as a faster combat speed, stronger focus on role playing elements, improved character builder, a smaller but better connected world and much more. The new entry of the series has been influenced by another From Software role playing game, the PlayStation 4 exclusive Bloodborne, so those who have loved the PS4 exclusive game will surely find plenty to like in the new entry of the Dark Souls series.