Bandai Namco has released the opening cinematic for the upcoming Dark Souls 3, which will release in 2 months on April 12. 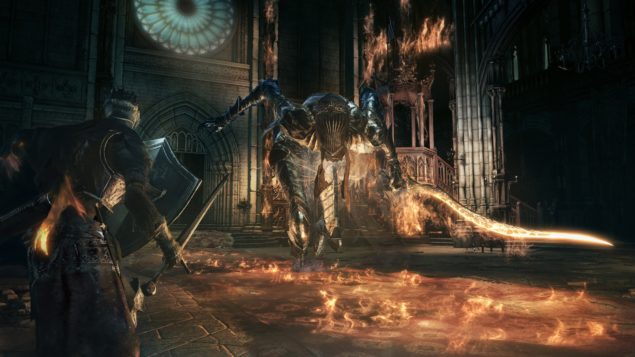 Yesterday, new gameplay footage from the game surfaced from an event in Japan. The new Dark Souls 3 gameplay showcased the content of the playable build available during yesterday’s event, including a brand new boss that’s never been seen in action before.

As said, Bandai Namco has now released the official opening cinematic for the title. Check it out down below:

Dark Souls III is coming to Xbox One, PlayStation 4, and PC/Steam on April 12, 2016! The opening cinematic from Dark Souls III sheds a tiny beam of light onto the mystery of where and when Dark Souls III takes place. The next chapter in the epic saga created from From Software will keep you guessing what's around the next corner. You don't want to miss this incredible adventure. #EmbraceTheDarkness

Dark Souls was officially announced last year, and is being developed by acclaimed Japanese developer FromSoftware and directed by Hidetaka Miyazaki.

DARK SOULS 3 is the latest chapter in the critically acclaimed DARK SOULS series with its trademark sword and sorcery combat and rewarding action RPG gameplay.  Players will travel across a wide variety of locations in an interconnected world of unrelenting challenge and deep RPG gameplay as they search for a way to survive the coming apocalypse.