Earlier today, Sony has shown more of some of the upcoming PlayStation 4 titles in a new livestream. Among the titles that have been shown is Dark Souls 3, the new entry of the series developed by From Software launching later this month in Japan and the next in North America and Europe. 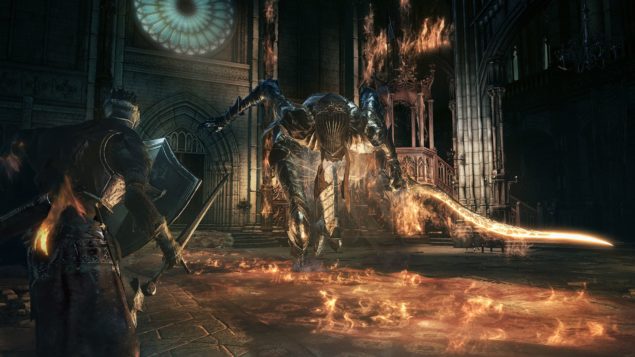 The new Dark Souls 3 footage that has been shown during today's livestream unfortunately didn't show any new location, as it was set in the game's starting area, the Cemetery Of Ash. The footage, however, does include something new, as it showcases the Knight class using Elite Knight equipment. You can take a look at the new footage right below.

Last week, it's been confirmed that Dark Souls 3 will be running at 60 FPS on PC. Bandai Namco was forced to clarify the matter following a rumor that started circulating last week, revealing that the PC version was apparently going to be locked at 30 FPS. Thankfully, this won't be the case.

Plenty of other Dark Souls 3 gameplay footage has surfaced online last week. The new footage showcased Pyromancer and Herald gameplay, making it a good watch for those who want to learn more about the game before release. Previous footage showcased the Zweihander weapon and its devastating Weapon Arts.

More gameplay details have also emerged online earlier this month, such as details on starting classes and more. According to reports, players will be able, this time, to complete the game at the lowest possible Soul Level, as one of the classes starts at Soul Level 1.

Dark Souls 3 will be released on April 12th on PC, PlayStation 4 and Xbox One. The game will be released on consoles this month in Japan. As the game is quite close to its Japanese release, we should expect more on it to emerge very soon, so stay tuned for all the latest news.