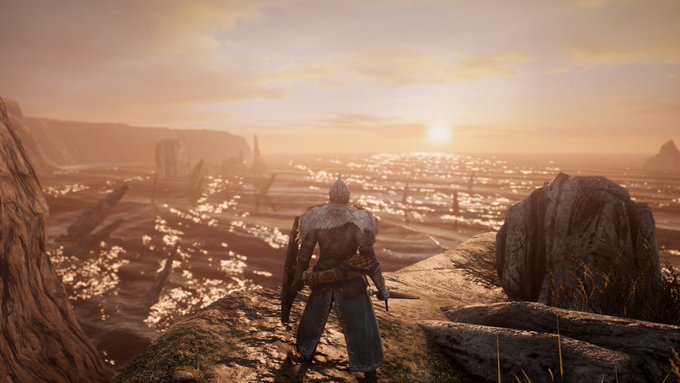 An impressive-looking Dark Souls 2 lighting overhaul mod is in the works by lighting artist and graphics programmer, Stayd.

We’ve included some screenshots from the mod in action below alongside various comparison shots. Surely, this is an impressive-looking overhaul and while the lighting seems off on some occasions, we’re sure that this mod will be improved before its release.

You'll find the comparison shots down below. Left is the original image and the right shot is with the lighting overhaul mod enabled.

A release frame or date hasn’t been provided, but as always, we will keep you updated.

Dark Souls 2 is available now globally for PC and consoles. The game was initially released for PS3 and Xbox 360 in 2014 with a PC version being released later that year. An enhanced edition of the title, Dark Souls 2: Scholar of the First Sin, was released for PC, PS3, Xbox 360, Xbox One and PS4 in 2015.

“DARK SOULS II launched in March 2014 to critical acclaim garnering a MetaCritic.com rating of 91%. With DARK SOULS II: Scholar of the First Sin, FROMSOFTWARE is inviting players back to a whole new undertaking of the kingdom of Drangleic! Thanks to its improved gameplay mechanics, gorgeous next-gen graphics, and new unknown dangers and lore; Scholar of the First Sin takes the meaning of its “Game of the Year” award from the Golden Joysticks Ceremony to a whole new level!” Herve Hoerdt, Vice President of IP Strategy, Marketing & PR at BANDAI NAMCO Games Europe said back in 2014.